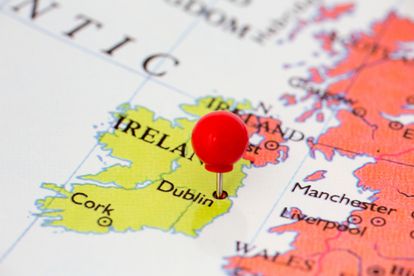 South Africans travelling to the UK on a Saffa passport will be able to roam freely between the UK and Ireland under a new visa agreement between the two countries. Short-stay visas between to two nations will be shared in a similar manner to the Schengen visa, which operates between 26 European countries.

The new scheme is being rolled out to Chinese and Indian nationals at this point but will in the future include South Africa and all other non-EU countries as well.

While visitors would previously have needed to acquire a separate visa for each country they will only need to have one for either of the two countries under the new treaty.

Irish Justice Minister Frances Fitzgerald and UK Home Secretary Theresa May signed the official document, a Memorandum of Agreement, at the Irish Embassy in London earlier this month. The move is considered part of the reconciliation process between the UK and Ireland.

Ms Fitzgerald described the agreement as “a potent symbol of the transformation in British-Irish relations” and add that this “initiative of unprecedented co-operation between [the] countries” would not have been possible merely years ago.

Ms May added: “This agreement will make it easier and more attractive for travellers to visit both Ireland and the UK, while at the same time strengthening Common Travel Area borders.”

The memorandum also allows for full free movement between UK and Irish citizens, which is already granted under EU regulations but could be jeopardised if the UK were to decide to leave the EU. With the new regulation, the UK also sends a strong signal to Brussels that could still manage its affairs if it were to leave the common market in the future. Neither the UK nor Ireland are currently part of the Schengen Agreement.