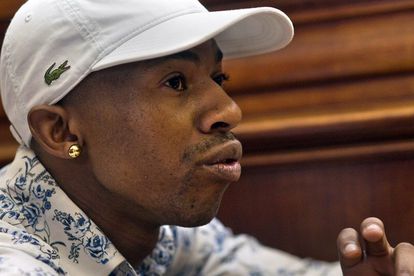 One of the men convicted for the killing of Anni Dewani has died in prison, as Shrien Dewani’s case continues to be heard in its third week in Cape Town. Dewani denies having any involvement in the murder.

Xolile Mngeni had been convicted for Anni Dewani’s murder in 2012 along with two other co-defendants. The 27-year-old was serving a life sentence for the crime but had been suffering under ill health for a prolonged period with an abnormal brain tumour. It is alleged that under his health condition, Mngeni was given a fair amount of special treatment while interred at Goodwood prison in Cape Town. However, he had been denied parole to seek medical treatment, with the correctional services saying they would be able to care for him.

Prosecutors in Shrien Dewani’s case had recently interviewed Mngeni but had decided that he was not going to be called in to testify in Dewani’s ongoing case. His deteriorating health may have been among the reasons why they chose not to call him in as a witness.

Anni Dewani had been found murdered in Gugulethu during her honeymoon to Cape Town in November 2010 following an alleged kidnapping. Three days after her death police arrested and charged Mngeni with murder, robbery with aggravating circumstances, and kidnapping. His trial and conviction phase was repeatedly extended once again on account of his deteriorating health during his battle with cancer. Anni Dewani’s surviving family were not best pleased with the prolonged legal drama in Mngeni’s hearings.

But Mngeni denied the charges throughout, insisting that we was innocent. However, a plea bargain with one of the other two co-defendants revealed that Mngeni had been responsible for firing the shots that killed Mrs Dewani. Zola Tongo, the taxi-driver behind the staged kidnapping, testified that he had recruited Mngeni to kill Anni Dewani on Shrien Dewani’s orders. The court is currently trying to establish whether Shrien Dewani had indeed masterminded the murder.

A third man, Mziwamadoda Qwabe, was also convicted in connection with the murder and received a 25-year sentence following a guilty plea.