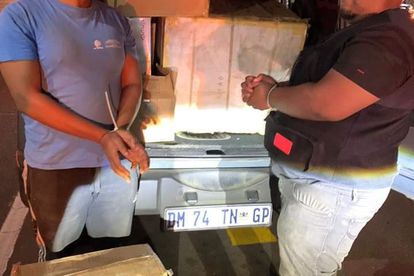 Ubuntu Wealth Management’s suspended CEO, Qhawe Sithole has been released on bail following his arrest for Tuesday. Sithole, the founder and chief executive of Pretoria-based business, allegedly looted a washing machine, a bar stool, alcohol, a bicycle and other braai accessories

The Financial Sector Conduct Authority has also removed the The University of Cape Town and University of London alumni from its database system following his suspension by the Ubuntu Wealth Management board.

In a statement, Ubuntu Wealth Management COO, Mmangaliso Nxumalo said that the matter is receiving all the attention it deserves.

“The board wishes to clarify that the chief executive officer has been suspended with immediate effect pending the outcome of his case and an independent investigation into the charges that have been brought to him.

Financial Sector Conduct Authority spokesperson Tembisa Marele confirmed that it has removed Sithole from its database. “Mr Sithole has been suspended by his company, Ubuntu Wealth Management. This means he is no longer on our system as a representative of this FSP,” she said.

Sithole denied that he was part of the mass looting.

“I moved into a new place beginning of July. I was buying my furniture and they just flipped this whole thing on me. I was moving furniture [on Tuesday] to my place and I’ve got all my receipts,” he said.

Sthole also added that he was arrested on Tuesday night and charged with possession of suspected stolen goods.

“The cop said if I bring the receipts, then they will give me all my stuff back,” he said.

Meanwhile, the board is expected to meet again on Saturday to deliberate further.