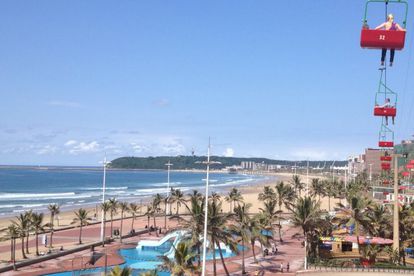 The eThekwini Municipality decided to close the beaches north of uMgeni estuary due to the environmental and potential human health impacts of a chemical spillage into the Umhlanga Lagoon.

The municipality previously advised the public to refrain from all recreational activities including fishing and swimming after dead fish were spotted at uMhlanga, Umdloti Lagoons and beaches in the vicinity.

WHICH BEACHES ARE CLOSED IN ETHEKWINI?

“Authorities are engaging with other local municipalities further north as a precautionary measure. The public are advised to avoid the beach area at this time until it is deemed safe.

“Extensive environmental impacts are being reported at uMhlanga and Umdloti Lagoons and beaches in the vicinity and these have contributed to killing numerous species of marine and bird life.

“The pollution is considered serious and can affect one’s health if species are collected and consumed. Lagoon and seawater contact must also be avoided. The public is therefore advised to cease all activity on the above-mentioned beaches.”

The decision was taken following advice from both the KZN Economic Development, Tourism and Environmental Affairs (EDTEA) and Ezemvelo KZN Wildlife.

“Some residents in areas north of Durban are also reporting smoke residue from burned chemical products. The public can only smell it from time to time depending on the wind direction as it dissipates,” the municipality said.

“Collecting or harvesting of any marine living resource in the area is temporarily prohibited until the cause is determined and the threat has abated. Authorities are investigating the source of the pollution and clean up companies are trying to contain the spill.”

Residents are advised to close windows and doors and put wet cloths over vents until smoke clears as a precautionary measure. Please report any further pollution in the waterways or sea to the municipality’s emergency number.