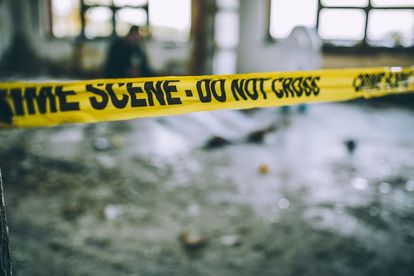 Police shot and killed a mentally ill man after he brutally murdered his brother with a spear and then charged at  a police officer in Umbumbulu, South of Durban in the early hours of Thursday morning.

Independent Police Investigative Directorare (IPID) spokesperson Grace Langa said that the 52-year old, mentally ill, KwaMoya, Umbumbulu man had forced his way into the house where his younger brother was sleeping at around 3.25am.

“He had a spear and stabbed his brother seven times on the chest. He then left the house to go to his mud room. The police were summoned and tried to calm him down,” Langa said.

However, she said he had resisted arrest.

“A hostage negotiator was called and he failed. Task force members were summoned. The deceased came out of his room and advanced towards the negotiator with a spear in his hand,” Langa said.

She said a  member of the police task force opened fire and shot the man, who sustained five gunshot wounds.

SAPS spokesperson Captain Nqobile Gwala said: “The team received intelligence about two men affiliated to a gang in Wentworth who were in unlawful possession of firearms. An operation was put in place and the team pounced on a block of flats on Burgers Road in Wentworth. Upon seeing the police officers, the suspects fled on foot and they were pursued by police,”

“The suspects aged 21 and 26 were caught and found in possession of two firearms and 22 rounds of ammunition,” Gala said.

“The suspects will be profiled to check if they are linked to other cases reported in Wentworth and surrounding areas,” she said.

The suspects are expected to appear in the Durban Magistrates Court today.