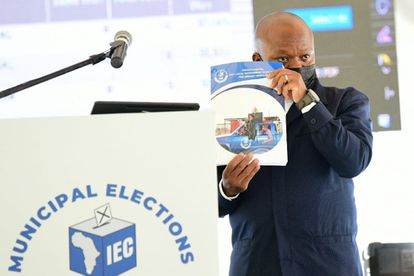 The Independent Electoral Commission (IEC) had delivered a “credible” local government election, KZN Premier Sihle Zikalala said at the hand over of the preliminary results on Thursday.

The final election results will be announced at 6pm on Thursday.

“After a gruelling and intense campaign, the communities of our beautiful province, have articulated in no uncertain terms how they wish their wards and municipalities to be governed,” Zikalala said.

“We wish to thank the IEC for its agility to fulfil its obligation following a directive from the Constitutional Court and for having performed an almost impossible task given the shortened turnaround time required. The IEC has not only delivered a credible election, but it has done this with a high level of efficiency,” Zikalala said.

Zikalala said that election campaigns had been vibrant and peaceful across the province, although there had been some concerning incidents.

“Worryingly, there were however isolated incidents that marred this election such as the shooting innocent women in Inanda, the brutal killing of candidate councillors, acts of intolerance and the assault on senior leaders especially the Secretary-General of the NFP. These should never be allowed in our democracy,” Zikalala said.

“We are however pleased to note that political parties generally conducted their campaigns peacefully and in accordance with the electoral code of conduct. This conduct is a clear insurance and commitment that we are committed to taking our democracy to new heights,” he said.

“As we accept these results, today (we) as government will play our part in facilitating a smooth transition and re-establishment of all the municipal councils. Now that the elections are decided, it is time to respond to the needs of the communities. Voting is the beginning of the long and arduous journey to grow KwaZulu-Natal and indeed South Africa,” he said.

“The real electoral victory will gain meaning when we address the commitments and expectations of all communities even those who did not vote for us. This is the time to translate all the manifestos into workable plans of action and tangible delivery to our communities,” Zikalala said.