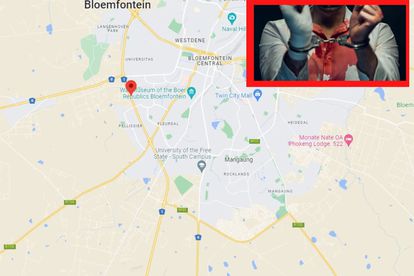 Police said a 46-year-old Bloemfontein father who was kidnapped on Sunday was found murdered hours later on the N1.T

UNSUSPECTING FATHER WALKED INTO A ROBBERY AND WAS KIDNAPPED

According to the police spokesperson Sergeant Mahlomola Kareli, it all started with a house robbery on Sunday morning.

Kareli said the 41-year-old mother went out for the morning jog in Fichardtpark and was surprised by an unknown armed man in a mask.

“The suspect pushed the woman back into the yard at a gunpoint demanding cash.

“The second suspect also followed suit and they managed to get her back into the house.  The woman and her two children aged 14 and 4 were locked in the bedroom with hands and feet fastened.

“Moments later the unsuspecting husband aged 46, arrived and was also ambushed by the suspects and pointed with a firearm.  The 46-year-old husband was forced at gunpoint into his vehicle with his hands and feet fastened and a plastic bag over his head.”

THE MOTHER AND CHILDREN WERE LOCKED IN A BEDROOM

The suspects left with the father’s vehicle leaving the mother and children locked in the bedroom.

The mother managed to untie herself and go out looking for help.  Police were called to the scene and a lookout was given for a Dark grey Toyota Hilux with FS registration numbers.

“At about 13:30, the vehicle was spotted on the N1 just outside Bloemfontein, parked on the side of the road.  Further information was that there is an African male in the back seat full of blood.  Emergency services were called to the scene and declared the father dead on the scene.”

The Parkroad police are investigating a case of house robbery, kidnapping, and murder.

Investigations continue and no one has been arrested yet. Police are pleading with anyone having information to contact Detective Capt. Van Dyk of Parkweg on 082 526 2589 or call crime stop 08600 10111 or go to MySAPS app.