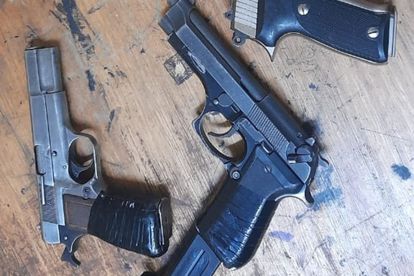 A pastor was arrested for theft of firearms in Limpopo. Photo: SAPS

A pastor was arrested for theft of firearms in Limpopo. Photo: SAPS

The founder and leader of In His Presence Ministries Church in Limpopo, Pastor Walter Mashalane, was sentenced to five years in prison for theft of firearms, possession of unlicensed firearm and ammunition.

The sentence was handed down on Friday 15 July 2022 by the Senwabarwana Regional Court in Limpopo.

The court found that the 46-year-old  approached one of his congregants and requested that she brings two firearms which were belonging to her husband with the intention of praying for them because he said he had negative premonitions about them in 2019.

The woman complied and handed the two firearms to Pastor Mashalane without the knowledge of the lawful owner. Afterwards, the lawful owner approached the Pastor and asked him to hand them back but he refused.

According to police, a case of theft of firearms was subsequently opened and was later transferred to the Provincial Detectives for investigation. The Pastor was apprehended on 10 September 2019 at Mokhurumela village.

Limpopo police Spokesperson, Brigadier Motlafelo Mojapelo said during the arrest, police found one firearm with ammunition concealed inside a ceiling after a thorough probe in the house.

“The other firearm was never recovered. The accused was later granted a free bail with a warning until his five year imprisonment on the said day and also declared unfit to possess a firearm,” Mojapelo said.

Limpopo police commissioner, Lieutenant General Thembi Hadebe said the incarceration of Pastor Mashalane should serve as a deterrence to other Pastors that no one is above the law.

“Pastors are supposed to provide spiritual guidance to the society but not to be involved in criminal activities,” Hadebe said.