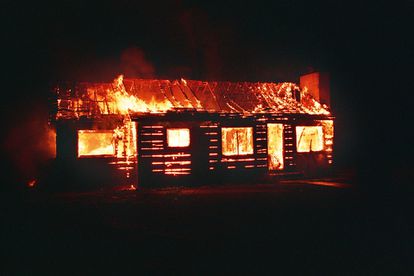 Police in Christiana have opened an inquest docket after five members of a family perished in a house fire.

The reported incident happened at Marikana, Geluksoord in the early hours of Sunday morning, 17 July 2022.

HOW THE FAMILY PERISHED IN THE HOUSE FIRE

Police spokesperson Brigadier Sabata Mokgwabone said: “It is alleged that a man went out of his house at about 03:30 and noticed a smoke coming out of a neighbour’s house.”

“He rushed to the house and found all doors locked and windows closed. The man ran back to his house where he fetched an iron rod. While alerting others about the incident, he went back to the house where he broke and opened all the doors and the windows,” detailed Brigadier Mokgwabone.

He added that after the smoke had subsided, he and other neighbours entered the house and discovered that the ceiling and a few household goods had burned.

THE AGE OF THE FAMILY MEMBERS

He went on to say that all the victims were declared dead at the scene by Emergency Medical and Rescue Services (EMRS) paramedics.

“The cause of the fire is unknown and no foul play is suspected at this stage. Investigation into the matter continues,” he said.

Late last month, The South African reported on the death of an elderly homeowner who was found dead following a house fire.
The shocking incident happened in Mosley Park in Durban.

Reports from the scene were that an elderly female was declared dead on arrival of paramedics after suffering fatal burn injuries when her home caught fire.