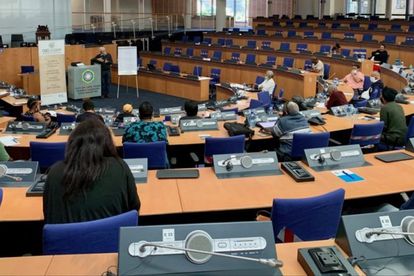 Nearly 300 government workers in national and provincial governments moonlight as municipal councillors. But this is illegal according to the Public Servants Act.

The Department of Public Service and Administration (DPSA) found that hundreds of government officials are moonlighting as councillors in municipalities.

281 public servants in national and provincial governments are simultaneously serving as municipal councillors across the country.

According to the Public Servants Act, those who stand as candidates for elections should inform their heads of departments. The Act states that a government employee who is a part-time councillor may remain as a public servant on condition they apply for permission to perform other remunerative work, said Musi.

DPSA held information sessions in September last year with ethics officers regarding this matter. They were advised to recommend that election candidates who work as public servants should report their intention and apply for permission.

“This would prevent a situation where an employee is elected as a part-time councillor and does not have the requisite approval to perform other remunerative work.”

WHY THIS IS ILLEGAL

The Public Servants Act makes provisions for public servants who stand as full-time members of a municipal council. They will have to resign from their government post immediately before they resume office.

This means no government official may be a full-time municipal councillor while retaining their public servant position.

“If elected, but declines election, or is not elected, the employee will immediately resume their duties as a public service employee,” Musi explained.

The DPSA is now working with the Department of Cooperative Government. This is to determine if the above applicable legalities have been complied with.

“In the case of employees who are part-time councillors, [they] should ensure that section 30 [of the Act] is complied with and where approval for other remunerative work was not granted, the employee’s employment must either be terminated, or the employee must confirm that [they] relinquish office as a part-time councillor,” Musi said.