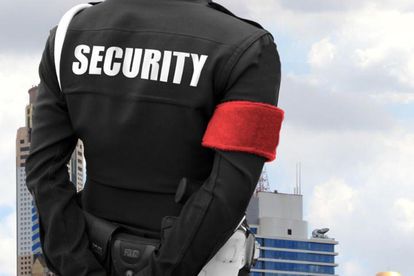 Private security workers are planning a strike on 26 September if their wage increase demands are not met. Photo: Aaron Mac / Flickr

Private security workers are planning a strike on 26 September if their wage increase demands are not met. Photo: Aaron Mac / Flickr

On 26 September, approximately 500 000 private security workers are planning to go on strike.

What are the demands of the security workers?

The private security workers stated that if their wage increase demand of 16% or R900 across all sectors are not met, a strike is bound to happen. Employers reportedly offered an increase of 5% to the security guards but their workers’ unions rejected this.

The unions and workers have given the employers until 12 September to grant their wage increase with added benefits including extended family responsibility leave.

Two unions are in support of the demonstration

Satawu further stated that the strike is not their priority due to the high number of security guards but explained that the employer left them no choice but to go forth with the strike.

“Going on strike is not our priority as more than 500 000 security guards would be affected. However, the employer leaves us with no choice but to embark on a strike and we will not back down,”

Previously, it was reported that Strike season begins: A nationwide shutdown, or strike, is planned for today to protest rising fuel prices, cost of living and various other issues. This will likely have an effect on many motorists.

Ideally, one should avoid the planned strike routes altogether but should this be impossible or you unintentionally find yourself in the middle of a protest and it takes a turn for the worse, follow these essential tips to emerge safely.

The CEO of MasterDrive, Eugene Herbert, advises: “The objective is to avoid unrest completely. Never let a potentially volatile situation catch you by surprise or block yourself in when things can go wrong. South African drivers should be prepared for every scenario, especially protests as we enter what is infamously known as strike season.” Read the full story here.