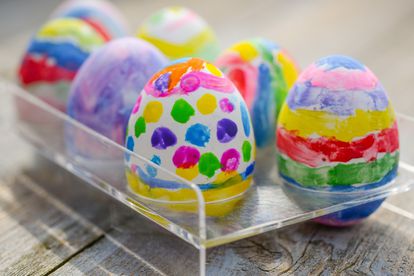 Easter is always on a Sunday each year, but never on the same date. There is a reason for this. Image via Pexels

Easter is always on a Sunday each year, but never on the same date. There is a reason for this. Image via Pexels

Every year one has to take a fresh look at the calendar to find the date for Easter. This year this holy festival will be celebrated from Friday 15 April with Easter Sunday falling on 17 April.

Last year Easter Sunday was on 4 April and it has actually coincided with April Fools’ Day in 2018!

So why is Easter such a moveable feast? Let’s take a look.

WHY IS EASTER NEVER ON THE SAME DATE?

As we all know, the holiday is structured around the death of Jesus on the cross. According to the Bible, Jesus died on what we now call Good Friday and rose from the dead on the third day — the Sunday — before He ascended to heaven.

Before Jesus’ death, there was the Passover period when God freed the Jews from slavery in Egypt. Easter is linked to the Jewish Passover holiday which only starts on the day of the full moon.

Equinox is a moment in time and space when the sun is positioned directly above the Earth’s equator. This only happens twice a year, during the March and September equinoxes. The equinoxes are the only times when the sun rises directly due East and sets directly due West for everyone on Earth.

This year, Passover is from 15 April to 23 April, which is why Easter Sunday is on 17 April, the first Sunday after the first full moon.

“The decision as to when to celebrate Easter — and whether or not it should coincide with Passover — was a topic hashed out between bishops at the Council of Nicea in 325 AD,” according to Reader’s Digest.

In the 16th century, the world moved from using the Julian calendar to the Gregorian calendar which we still use today. The calendar was established under Pope Gregory XIII.

WHAT IS THE MOST COMMON DATE FOR THIS RELIGIOUS HOLIDAY?