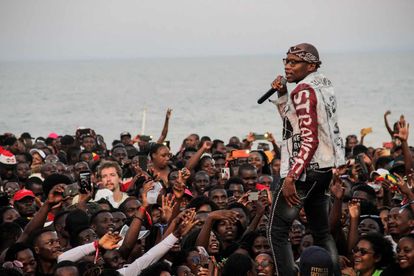 While Master KG’s Jerusalema dance challenge created a feel-good sense of community in South Africa and around the world, Warner Music is demanding license fees for using the song.

DW reports that in Germany, like in many other countries, many groups of people took part in the challenge and posted videos that subsequently went viral. Their videos on YouTube clocked in millions of views with new ones popping up every day. But, now the record company Warner, with which Master KG is under contract, has demanded license fees for the use of the song in some of the videos.

According to a report in German news magazine Focus, the Ministry of the Interior of the state of North Rhine-Westphalia has already settled the claims for the participating police departments in the state.

A spokesperson from Warner Germany later told DW that private persons would not be fined or need to obtain a license to use Jerusalema as part of the challenge in Germany, Austria and Switzerland. But the record company’s stance is different if “there is an advertising or image-promoting effect in favour of an institution, organisation or company.”

After the news spread like wildfire on the internet, people accused the record company of wanting to fill its pockets from the viral challenge and its good intentions. But, it looks to be legally sound. Karl-Nikolaus Peifer, professor of civil law with copyright, industrial property rights, new media and business law at the University of Cologne told DW that the song is protected by copyright and may not be distributed without consent.

The author must therefore also be asked before using it in a new context, such as a self-made and published video. Otherwise, there is an infringement of copyright.

“Our job is to ensure that our artists receive fair compensation for using their music,” Warner explained.

Alternatively, Warner could have warned the challenge participants and requested the videos to be deleted without charging a fee, explains Peifer.

“[But] with the attitude that every piece of content on YouTube is an asset,” he says, “it is often forgotten that someone has to pay the artists.”

The Jerusalema challenge was one of many things to shed a positive light on 2020. Since Master KG and Nomcebo Zikode’s hit was released, various people from all over the world proceeded in taking part of the dance challenge – which is a ‘proudly South African’ product as stated by the president.