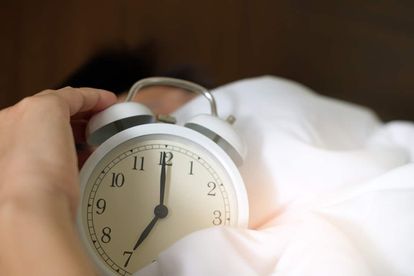 The global survey was conducted with nearly 1 million men and women aged 18 to 55 who shared sleep data by voluntarily using the Sleep Cycle app.

On average, South Africans go to be bed at 23:00 and get approximately 7 hours sleep. Getting up at 6:10 in the mornings makes us one of the earliest risers in the world.

Respondents from Colombia and Costa Rica rise before 6:30 while UK residents prefer to snooze until after 7:00.

This ties in with the recommended amount of sleep our bodies need, according to the Canadian-based Brain and Mind Institute at Western University. They tracked the sleeping patterns of more than 44 000 participants who also conducted neurological tests.

The result? They could map what happens in the different regions of our brains and correlate that to how it affects our waking hours. Neuroscientist Adrian Owen explained:

“Many of us are working more erratic hours and sleeping less, while the pace of our lives seems to be accelerating. We know that this sleep disruption affects us in some ways and that some people feel the impact more than others, but there’s surprisingly little research into exactly how our brains deal with these sleep deficits.”

How much sleep is needed?

He recommends that we get approximately 7 to 8 hours sleep a night. Owen also warns that a lack of sleep can lead to heart disease, diabetes and obesity.

At the other end of the spectrum, getting too much sleep would have the same effects as someone who didn’t get enough sleep, according to Conor Wild, a research associate from Inc.

The study also found that the ‘Sunday insomnia’ is not just a myth, mainly since we oversleep on Saturdays and are not as sleep-deprived by Sunday as we may think.

Most people sleep best on Wednesdays, and while researchers don’t have answers for this phenomena yet, they believe it’s because Wednesday marks the mid-point of the week. Chris Winter explained:

“You got in enough of the work week. You worked hard; it makes you sleepy. Wednesday night, you are half-way through the week, which is a good feeling.”