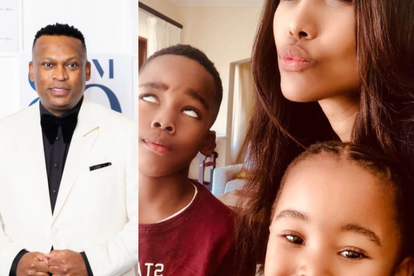 Zoe Mthiyane says that co-parenting with Robert Marawa is a breeze. Images via Instagram: @robertmarawa/@zoemthiyane

Zoe Mthiyane says that co-parenting with Robert Marawa is a breeze. Images via Instagram: @robertmarawa/@zoemthiyane

Former Generations The Legacy actress Zoè Mthiyane recently opened up about her co-parenting experiences with her children’s fathers. According to Zoè who shares a child with esteemed sportscaster Robert Marawa and another with Lion King legend Lebogang Morage better known as Lebo M, co-parenting with the two dads is a vastly different experience.

While she says her co-parenting relationship with Robert Marawa is smooth and easy, she can’t say the same for the one she has with Lebo M.

This is because it requires both parents to be mature, involved, and capable of comprising.

Speaking about how co-parenting is going for her and her kids’ fathers, local actress Zoe Mthiyane touched on some of the difficulties she is experiencing.

According to Zoè who sat down with Sunday World for a short interview, co-parenting with Robert Marawa is a breeze.

She also added that her son is lucky to have support from both sides of the family who provide him with a “safety net”.

The ups and downs of parenting

“I would describe parenting with Robert as respectful. Our families and close friends have played a major role in creating and maintaining a safety net around our son, and for that, I will forever be grateful. He is lucky, ” Zoe told the publication.

For Lebo M however, Zoè just can’t say the same. In fact, she even went on to say that it is “impossible”.

“Parenting with Lebo is impossible. We had to find ways to cope with that fact. However, I am lucky to have had intensive therapy, valuable advice, and support to lean on. I practice gentle parenting as I learned early on that each child is born with their personality.”