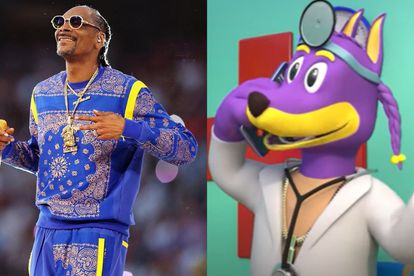 He’s dominated music, he’s launched apps and now, he has ventured into children’s television…American rapper Snoop Dogg has launched a new children’s show called Doggyland. As per a YouTube video explaining the series, the Beautiful hitmaker said the show represents diversity. Since the first video hit YouTube on 18 August, each video has accumulated more than 100 000 views.

As per his Doggyland YouTube page, Snoop Dogg describes his new venture as a “3D animated cartoon series designed for kids.” The legendary rapper says because the show is so influential, he would like it to appeal to older kids and not just toddlers and pre-school kids.

The series is centred around a group of unique dogs who entertain the children with singing, dancing and rapping. Bow Wizzle, a character voiced by Snoop Dogg, looks after all the other dogs.

“When he takes the lead and starts it off, they love to follow his lead. He makes it fun, he makes it cool and he makes it easy to learn,” explained the 50-year-old rapper.

WHAT TO EXPECT FROM SNOOP DOGG’S ‘DOGGYLAND’?

The show also educates children about the differences that they may notice between each other. Doggyland also encourages children to speak about their feelings and share their worries with adults.

Although Snoop Dogg is getting into other ventures, he is still about the music! The legend released Metaverse: The NFT Drop, Vol 2 on 2 September. The 12-track album has features from Chris Brown, Wiz Khalifa, Warren G and October London.

As per Hot New Hip-Hop, Snoop has been more involved in the Crypto and NFT (Non Fungible Token) space.