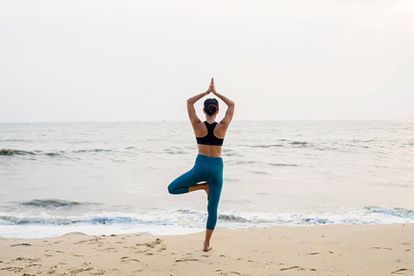 For the past five years, the International Day of Yoga is celebrated annually on 21 June in order to raise awareness about the benefits of this ancient Indian practice.

What exactly is the International Day of Yoga?

According to News18, on 11 December 2014, the United Nations General Assembly (UNGA) declared 21 June as the ‘International Day of Yoga’ after the Prime Minister of India, Narendra Modi proposed the idea.

When Modi proposed the idea, he said: “Yoga is an invaluable gift from our ancient tradition. Yoga embodies unity of mind and body, thought and action … a holistic approach [that] is valuable to our health and our well-being. Yoga is not just about exercise; it is a way to discover the sense of oneness with yourself, the world and the nature.”

The draft resolution that established the International Day of Yoga later wanted to note the importance of individuals and populations making healthier choices and following lifestyle patterns that foster good health.

According to the United Nations, in this regard, the World Health Organization has also urged its member states to help their citizens reduce physical inactivity, which is among the top ten leading causes of death worldwide, and a key risk factor for non-communicable diseases, such as cardiovascular diseases, cancer and diabetes.

In the end, the assembly recognized that Yoga ‘provides a holistic approach to health and well-being’ and that wider dissemination of information about its benefits would be beneficial for the health of the world population.

What is the theme for International Yoga Day 2019?

The theme for the International Yoga Day 2019 is Climate Action. It will be celebrated at the United Nations on Thursday (20 June) with “Yoga with Gurus,” followed by a panel discussion on 21 June.

Visit the International Day of Yoga’s page on the United Nations’ website for more information on the events taking place on 20 and 21 June 2019.

On Saturday 22 June, there will be special yoga sessions in Johannesburg. The sessions are set to take place at Bidvest Wanderers Stadium Illovo from 08:00 to 14:00. Follow this link for more information.

There will also be yoga sessions in Midrand, Pretoria, Nelspruit, Cape Town, Stellenbosh and more.

Follow this link to see which events are happening on the International Day of Yoga in South Africa.