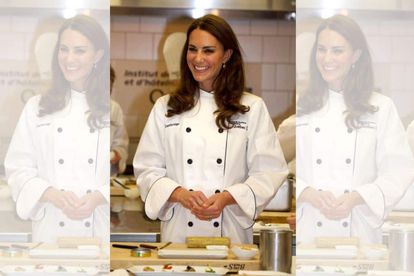 While most celebrities might look like they only have private chefs entertaining them everyday, some celebrities have revealed their love for cooking and even shared one of their favourite recipes or two:

All4Women reported that before Meghan Markle became an actress and Duchess, she was a regular girl. After Meghan and Prince Harry stepped down as senior members of the royal family, it is speculated that the mother of one (almost two!) spend a lot of time in the kitchen. But, even before moving off to live a real-life fairytale, Meghan shared a tip on making the perfect pasta dish on her blog The Tig; “cooked sauce can wait for pasta but cooked pasta can never wait for sauce.”

Kim Kardashian may not be known for her skills in the kitchen, but those who know her say the reality TV star throws down! According to Foodandwine Kim’s cornbread secret is lining her tins (she prefers to make individual mini cornbreads) with butter and sprinkling with sugar before putting her batter in.

Kim shared her secret in a series of Snap Chat videos of her cooking up a storm and treating her family to some delicious soul food.

“The special key to making my cornbread is I take the cups, I line them in butter, then sugar…so it’s crispy all the way around with delicious sugar,” she says as she films herself sprinkling sugar into the buttery cups of a muffin tin. Once the cups are filled with her cornbread batter, she adds a dollop of honey to the mixture to make it “extra sweet.”

Patti LaBelle seemingly does not serve up regular macaroni and cheese. Like her, her mac ‘n cheese is over the top with more trimmings than you even knew existed. She even uses five different types of cheese. According to a recipe she shared with cd Kitchen

Eva Longoria shared her recipe for Chunky Guacamole with American publication The Star. Instead of mushing the avos, she dices them, she adds diced tomatoes and serrano peppers instead of jalapenos. She also substitutes lemon juice for lime juice and seasons with a lot of salt making what she calls “a salt lemonade for all the ingredients to swim in”.

Speaking to The Daily Mail, Julia Roberts shared that her kids loved Kale chips smothered in cheese even though they hated kale.

Mum-of-three Kate showed she is very much a hands-on mother to her children, Prince George, Princess Charlotte and Prince Louis, when she appeared in Mary Berry’s A Berry Royal Christmas in 2019.

“I love making the cake,” she shared. “It’s become a bit of a tradition that I stay up ’til midnight with ridiculous amounts of cake mix and icing and I make far too much. But I love it.”

It is said that one of Taylor Swift’s go-to recipes to make at dinner parties is Ina Garten’s Real Meatballs and Spaghetti. But the pop singer has her own trick for the meatballs – she omits the pork and veal, using packaged breadcrumbs and beef mince only.