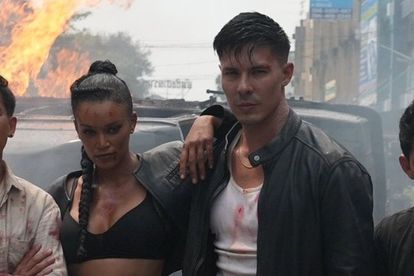 Pearl Thusi is not one to be messed with – especially not on Twitter where she is very vocal about all her thoughts and feelings. One Twitter user recently found this out the hard way after he commented on Pearl Thusi’s African name in her recent movie Wu Assasins.

Pearl did not wait even a minute to put the Tweep in his place and surprisingly, many other Twitter users agreed with her.

South African actress Pearl Thusi has been floating on cloud nine following the recent success of a movie she starred in called Wu Assassins: Fistul of Vengeance.

The Netflix movie has reached the top of trending lists and even got the Isono star a thumbs up from US actress Queen Latifah who expressed that she would love to work with Pearl sometime in the future.

While many people have expressed excitement at her recent success, one Twitter user found a flaw in her character’s name – Zama Zulu.

“The only thing I didn’t like was Agent Zulu as a name. Because you come from RSA? I didn’t hear agent Asia.”

Pearl Thusi quickly shared a snappy response with the Tweep:

“Well, I’ve never heard someone with the last name Asia. Or a tribe called Asia. Or a state/province called Asia. Or a language named Asia. And there’s no continent with over a billion different ppl called Zulu. But I thought id still give you the attention you ordered. Morning.”

Many people headed to the comment section to both agree with Pearl and share some words with the Tweep who thought Pearl’s name in the movie was unsuitable.

“I think that’s Because “Zulu” is an actual Last name(surname) that exists you can even Google how The Zulu tribe/nation was formed. ………I’ve never really heard of “Asia” as a last name.”