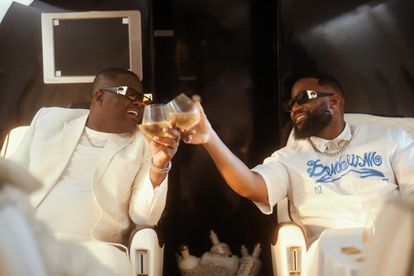 South African rapper and businessman Cassper Nyovest who is currently grieving the loss of his close friend DJ Sumbody has not indicated any cancellations of his plans to Fill Up Mmabatho Stadium in the North West.

According to the North West Department of Arts, Culture, Sports and Recreation, it’s all systems go for the Mahikeng-born hip hop star Cassper Nyovest’s world-famous “Fill Up”.

The event is scheduled for December 3 at the Mmabatho Stadium. This was confirmed by the star himself during a media conference in Mahikeng on 17 November, as well as North West Arts, Culture, Sports and Recreation (Acsr) Chief Director, Thabo Mabe.

It does not look like Cassper Nyovest has plans to postpone the event and make time to properly grieve his friend.

WHAT HAPPENED TO DJ SUMBODY

DJ Sumbody whose memorial service was today, was killed in the early hours of Sunday after he and his bodyguard came under fire in Johannesburg.

Despite Cassper’s state of mind ahead of the concert, concerns were raised about the integrity of the stadium after it was vandalised in 2018.

IS MMABATHO STADIUM IN ITS BEST CONDITION

However, the Department has distanced itself from the narrative that alleges that Mmbatho Stadium is not safe for usage.

“We gladly wish to invite anyone who has a structural engineering report that declares Mmbatho Stadium unsafe to bring information forth.”

“When I heard reports that the venue was not fit enough, I was unfazed,” said Nyovest. “Even before we sold the first tickets, we had commissioned a structural engineer to look at the safety aspects of the stadium. They gave it a thumbs up.
“We even went for a second opinion, and the second engineer also agreed with the first expert.”

The hometown edition, according to Nyovest, is geared towards uplifting the artists of the North West and bringing the vibe to the provincial capital.
Nyovest will be supported on the day by top local hip-hop and Amapiano brands such as Nasty C, Kwesta, Khuli Chana, Tuks, Mo Molemi, Morafe, Limpopo sensation, Makhadzi, Kamo Mphela, Maglera Doe Boy and Musa Keys.

Amongst the hosts are:

Teenager injured after ‘dive or fall’ from BOS 400 wreck