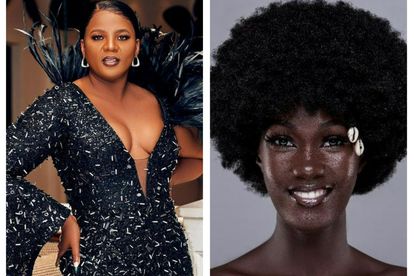 This was at the 2022 People’s Choice Awards. Digital creator Sphokuhle and actress, musician and entrepreneur, Liquorose, placed second and third respectively.

The African Social Star category was created just for years ago and this category is dedicated to Africa’s biggest social media stars and influencers.

“I am truly honoured and humbled to win the African Social Star at the People’s Choice Award. Thank you to NBC and E!. As the first woman from Uganda to win this award, I am truly humbled and send my thanks to all those that believed in and supported me,” Angela said when receiving the award.

This is a significant acknowledgement of my efforts. I dedicate this to all girls around the world, especially those that come from disadvantaged backgrounds – believe in your dream. It doesn’t matter what you look like or the current circumstances, don’t stop dreaming,” she added.

Angella was born in Uganda and she is a well-known social media content creator.

According to a statement released by E!, She is the co-founder of Blacare, an organizsation that is both a physical and virtual village that works with children and women on social issues.

Her vision is to use social media tools to change the perspective of how people view Africa and inspire one female at a time to accept and be proud of who they are.

ALSO READ: Lizzo to be honoured by E! for contribution to music and TV