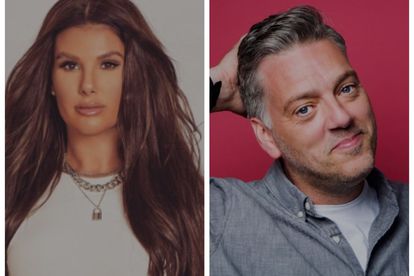 Rebekah Vardy has been accused of being a bully, liar and manipulator. Image via @beckyvardy, @iainlee/Instagram

Rebekah Vardy has been accused of being a bully, liar and manipulator. Image via @beckyvardy, @iainlee/Instagram

While the Rooneys and the Vardys patiently wait for the judge’s verdict in the “Wagatha Christie” defamation trial, one of the plaintiffs, Rebeka Vardy, has been slammed for being a bully and liar.

English broadcaster and writer Iain Lee, 48, took to social media on Tuesday 7 June to call out Vardy for the way she treated him while they co-starred on the reality show I Am A Celebrity in 2017.

In a short thread on Twitter, Lee said he had been contacted to take part in an interview about “how Rebekah Vardy is so brave for promoting mental health.” However, he refused because he claims she contributed to making him miserable.

“Just had an interview request to talk about how Rebekah Vardy is so brave for promoting mental health…she contributed to me being f**king miserable and isolated in the jungle…so, that’s a pass from me,” Lee tweeted.

Explaining his refusal, Lee told the outlet about his time with Vardy, 40, during the 2017 series of I’m A Celebrity, which saw the wag bullying him.

“I don’t know if you saw any of I’m A Celebrity when I was in there. Vardy was a bully, a liar and a manipulator. She was part of a team that targeted me and made much of my time in there miserable.

“Her first comment to me was ‘I think you’re a bit of a t**t’. She encouraged people not to talk to and left me isolated (apart from two camp mates who were not taken in by her).”

The broadcaster went on to explain how the bullying did not stop after the show, as Vardy allegedly bullied his sister.

“When she came out of the camp she told lies about me. She bullied my sister who was staying in Australia and told her ‘in my world, men don’t cry’.

“Part of me hopes your email is a ruse to get an interview from me which I think is about her bravery and they you skewer to make it about her bullying and belittling,” Lee told the publication which he did not name.

According to the Daily Mail, Vardy has previously denied the bullying claims and sobbed as she insisted she had not targeted the broadcaster as part of a gang.

The publication reported that a surprised Vardy she said: “You know what, I was the one that was being the most supportive of him. A bully? I’ve never been a bully in my whole entire life.”

VARDY AT THE WAGATHA CHRISTIE TRIAL

The long-awaited libel battle dubbed “Wagatha Christie” between Rebekah Vardy and Coleen Rooney kicked off on Tuesday 10 May at the London High Court with a witness statement from Vardy.

Vardy and Rooney, 36, were up against each other in a £3 million (R59.7 million) libel case which involves allegations of “fake stories” about Rooney being leaked to The Sun newspaper in 2019.

According to The Guardian, Rooney’s team revealed that she discussed the Leicester City squad’s dislike of “on-strike” player Mahrez with her agent. Mahrez was pursuing a move to Manchester City at the time and was alleged to be missing training frequently. Vardy also attempted taking details of former Leicester City footballer Danny Drinkwater’s car crash to a journalist at the Sun.

During the Wagatha Christie trial, Vardy was continuously painted as a “gossip” as Rooney’s lawyers also asked her about the “miniature chipolata” comment she made about singer Peter Andre’s penis size in an interview with the News of the World back in 2004.