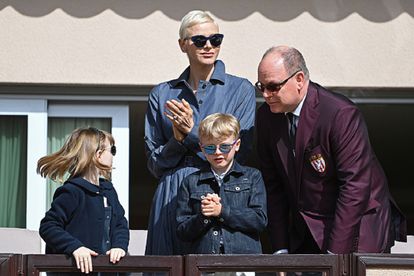 According to reports, Prince Albert of Monaco signed an “ultra confidential contract” to compensate his wife, Princess Charlene in order for her to fulfill her royal duties.

After a year away from the spotlight, Princess Charlene returned to Monaco in March 2022 after spending 10 months in South Africa and another four months in a private facility in Switzerland.

Now, news outlets across the world state that Prince Albert was eager to have his wife by his side at public engagements so the couple signed an “ultra-confidential contract” as part of her return to royal life.

“The princess did not return at any price: she would have had her husband sign an ultra-confidential contract. Among the conditions, he will grant her 12 million euros (over R200 million) per year,” reports Paris’ top-selling magazine Voici.

The rumoured contract could oblige the princess to attend events including the F1 Grand Prix and the Rose Charity Ball later this year.

The news broke after Princess Charlene attended one of her first engagements of the year in May 2022, when she joined Prince Albert and his twins, Prince Jacques and Princess Gabriella at the Sainte Dévote Rugby Tournament.

There are still a lot of questions from the public over Princess Charlene’s year-long absence from the royal scene in Monaco.

Further concerns were raised over her welfare when her children were photographed during National Day of Monaco celebrations on 19 November, where they were seen holding a sign in the Monaco palace window, which read: “We Love You, Mommy” and “We Miss You, Mommy.”