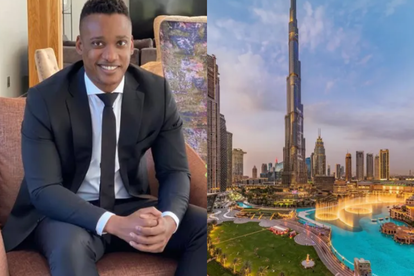 Duduzane Zuma, son of controversial former president Jacob Zuma, is seemingly hellbent on running South Africa and is steadily working on a campaign to win the country’s citizens over.

It appears his latest attempt at wooing his many supporters is promising them a “hi-tech” South Africa that closely resembles the beautiful and bustling city of Dubai.

Taking to Instagram on Saturday 7 May, one of Duduzane’s entourage shared a clip of him speaking about how South Africa will be transformed into greatness over the next 20 years.

Over the years, Duduzane Zuma has enjoyed lengthy stays in Dubai and this has clearly influenced his thinking as of late.

The 37-year-old businessman and political candidate just shared his plans of turning South Africa into a hi-tech country that will compete with cities like Dubai.

Winston Innes, one of the young Zuma’s entourage, shared a clip of him sharing his big plans:

“We live and we learn. We travel and grab new ideas from other places that have done wonderful things, and that’s exactly what we are going to do,” said Duduzane.

While adding: “In the next 20 years, we will have the newest cities, the most technologically-advanced cities in the world in SA and that starts now, backed by vision, reindustrialising, technological advancements and implementation”.

The post received thousands of views and almost an equal amount of comments from people who either marveled at his vision or mocked him for being a “big and unrealistic dreamer”.

Here are some of their many thoughts on SA becoming a future Dubai:

“So people listened to this whole video and they were impressed? Hayike just when I thought the bar couldn’t get any lower in politics and it just did.”

sthelettos — who is very optimistic — wrote:

Meanwhile, Zuma recently proved he means business when he says he wants to fix South Africa when he joined a large number of people in helping KwaZulu-Natal flood victims clean their homes.

Armed with a bucket, mop, shovel, and some cameras, the young son of Zuma got rid of mud and water with a smile on his face.

Of course, a number of people criticised him for taking photos and videos of himself with brooms and mops…