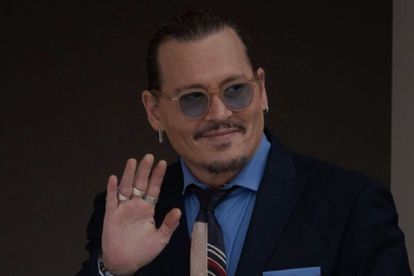 A source has responded to claims Johnny Depp is dating one of his lawyers, Camille Vasquez. Image via @johnnydepponly/Instagram

A source has responded to claims Johnny Depp is dating one of his lawyers, Camille Vasquez. Image via @johnnydepponly/Instagram

While veteran Hollywood actor Johnny Depp has been busy battling it out with his ex-wife Amber Heard in court, netizens have been at work playing Cupid.

Social media has been abuzz with rumours that there is more to the Pirates of the Caribbean star’s working relationship with one of his lawyers, Camille Vasquez. Could this be the case? A source has spoken to TMZ to address the rumours.

Vasquez’s relationship with Depp has been under the microscope since fans noticed that they “looked quite comfortable around each other”.

TikTok users have been sharing moments from the $100 million (R1.6 billion) defamation trial in which Depp and Heard are suing each other, citing physical abuse in their two-year marriage.

While the actor is friendly towards his whole defence team, fans could not help but notice some giggling and touching between him and Vasquez.

ITS JUST BUSINESS BETWEEN DEPP AND VASQUEZ

According to TMZ, it’s just business and no pleasure between Depp and his lawyer.

A source reportedly revealed to the publication that despite what some people think they see happening in the courtroom, Vasquez is in a serious relationship with a British man who works in real estate.

Addressing the giggle, the source explained that Depp’s lawyer finds him funny and often laughs at his antics, also emphasising that everyone in the team is professional.

Currently, the highly publicised trial between the former couple is on break until 16 May. When it continues, Amber Heard will continue her testimony with Depps’s legal team cross-examining her.

Following her time on the stand last week, Depp’s legal team released a statement on 6 May, claiming her stories are inconsistent.

“While Ms Heard’s stories have continued to grow new and convenient details, Mr Depp’s recollections have remained exactly the same throughout the six painful years since her first allegations were made,” the statement read.

“His truth ‘the truth’ is the same no matter the environment in which it is has been presented. The upcoming cross-examination from Mr Depp’s team will be most telling, and will certainly highlight the many fallacies Ms Heard has now attempted to pass off as fact throughout her convoluted testimony.”