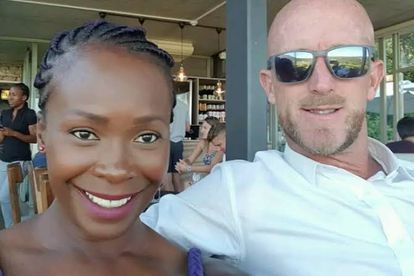 Sonia Booth is getting a lot of support from social media users after exposing her husband Matthew Booth for cheating. Image via Twitter @joemakgapeetse

Sonia Booth is getting a lot of support from social media users after exposing her husband Matthew Booth for cheating. Image via Twitter @joemakgapeetse

In support of the entrepreneur and former model, Instagram users took to the social media platform to attack Bongani Mthombeni-Möller, who is allegedly Matthew Booth’s mistress.

In a well-thought-out and detailed exposé on Instagram and Twitter, Sonia Booth shared receipts from the very beginning of the alleged affair as she had all the information sent to her by her private investigator.

ALSO READ: Who is Matthew Booth? 10 things you should know

According to Sonia, Matthew had been using their joint bank account and her vehicle, which has a tracker in it, to spend quality time with Bongani. The two allegedly took a road trip to Empangeni in KwaZulu-Natal, they spent valentines day together and also had lunch dates.

Then there was the ultimate betrayal, the disappearing cheesecake which Matthew baked on the eve of their son Nate’s 19th birthday.

ALSO READ: Who is Matthew Booth’s wife? Five things to know about Sonia

In her bombshell revelation, the mom-of-two did not hold back as she tagged both her husband and fitness junkie, Bongani. She even went as far as tagging the brands and companies that they work with.

Before exposing the former Mamelodi Sundowns star, Sonia said that she was able to find the woman and her husband’s detail through the tracker data. She then met with Bongani’s husband who revealed that he had been trying different approaches to get her to stop cheating over the last 10 years.

“He felt that what I shared via email justified our meeting. We had coffee this morning and he gave his blessings for me to do this because he doesn’t know what else to do, he tried different approaches over the last ten years.”

With Sonia and Matthew Booth topping the trends list on social media, netizens took it a step further by fighting Sonia’s battles on Instagram.

Matthew Booth’s Instagram revealed that Bongani is a regular and active follower who comments often on his posts.

In one post, the football analyst wished his son a happy 14th birthday with Bongani also doing the same in the comments. With this, fans attacked her, telling her she ate the little boy’s cake, which was in reference to Sonia’s cheesecake story.