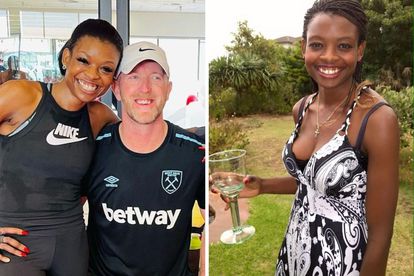 Bongani Moller has been criticised for her shady response to having an affair with Matthew Booth, who is married to Sonia.
Image via Twitter
@bongz1

Bongani Moller has been criticised for her shady response to having an affair with Matthew Booth, who is married to Sonia.
Image via Twitter
@bongz1

Bongani Mthombeni Möller has broken her silence on Instagram following the bombshell claims made by Matthew Booth’s wife Sonia of an alleged affair between her and the former soccer player.

ALSO READ: Who is Matthew Booth’s wife? Five things to know about Sonia

On Monday, Sonia Booth became a trending topic on social media after she posted “receipts” of what she suspected was an affair between her husband and Bongani Mthombeni Möller

With ramblings of Matthew Booth’s secret dates and getaways as well as a mystery cheesecake and Tupperware, Sonia spilled the tea on what was allegedly happening in her marriage.

The mom-of-two also met with Bongani’s husband Klaus Moller where they discussed their suspicions in great detail.

But the “expose” was clearly no water off Bongani’s back as just hours later she shared an Instagram Story about what she was up to. Sharing a clip of her in the gym, Bongani cryptically quipped: “No matter the circumstances, let’s keep it moving. And onto the next”

Bongani – a Virgin Active ambassador – commented on their latest campaign “We are the ones who dare”, drawing parallels at the media attention directed at her over the bombshell allegations

She said with a smile on her face: “We are the ones who dare to live, move and carry on under difficult circumstances”

ALSO READ: Who is Matthew Booth? 10 things you should know

TWEEPS ARE SHOCKED AT HER ‘SHAMELESSNESS’

Following Bongani’s seemingly nonchalant response to allegations she was having an affair with Matthew Booth, tweeps shared their reactions.

@Am_Blujay: “This woman has 10 years experience, she has been for the streets for decades, I don’t think she cares …you can’t shame the shameless”

@Rapitsi_R: “She should at least tell us how was the cheesecake”

@Thando_Jameson: “Onto the next? Next married man?”

@KatekoMadalane: “Zero f**ks were ever give”

@Zenzele_Enhle: “If ‘moving on as nothing happened’ was a person”

Did she say ‘on to the next’? pic.twitter.com/Bi1KyMIEOj