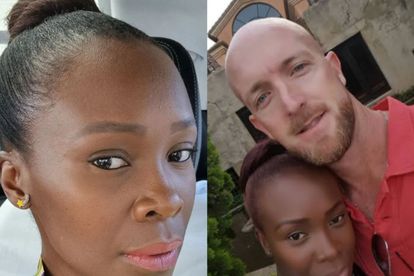 Author Sonia Booth topped the Twitter trends list on Monday 7 November after she exposed her husband, former Bafana Bafana player Matthew Booth for allegedly cheating on her. So, who is Sonia.

1. SONIA IS MARRIED TO MATTHEW BOOTH FOR 16 YEARS

2. SHE MADE HEADLINES FOR EXPOSING HUSBAND’S ALLEGED AFFAIR

The mom of two made headlines on Monday 7 November, when she exposed Matthew’s alleged affair with a married woman named Bongani Moller. She revealed that she hired a private investigator to look into the affair.

Sonia claimed that the affair began on Valentine’s Day this year. In the several Instagram posts – Sonia claims that the pair went on secret getaways. She also claimed that she met Bongani’s husband.

3. SHE HOLDS A BCOM DEGREE

Sonia was born in Pimville, Soweto and lived in Orange Farm during her school years. She graduated with a Bachelor of Commerce degree in 2006. She majored in marketing and business management.

4. SONIA IS A FORMER MODEL AND AUTHOR

The mom of two began her modelling career in 1998. She published her first book How To Reinvent Yourself And Stay Relevant in 2014. Sonia was also Miss SA second runner-up in 2001.

In 2017 she published her second book Surviving ICU. This was after she had a burst cyst and four fibroids in 2015. She later had to undergo surgery. She released her third book 2 Years Of Bliss 18 Years Of Batter in 2021.

5. SHE IS THE CO-FOUNDER OF BOOTH EDUCATION AND SPORTS TRUST

The author is also the co-founder of Booth Education and Sports Trust. She manages the book-clubs and spelling-bees within the Trust.