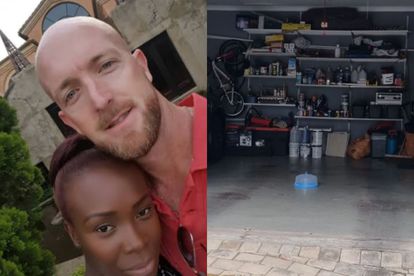 THE ‘CHEESECAKE AND TUPPERWARE’ BETRAYAL

Sonia Booth exposed her husband Matthew Booth for allegedly cheating on her via several scathing Instagram posts. Sonia revealed that she used a private investigator who then tracked her husband’s every move. She claims the affair started on Valentine’s Day this year.

The author also mentioned that she Matthew made a cheesecake which she thought was for her son’s birthday, but it disappeared the next day. The woman involved in the alleged affair is said to be a married woman named Bongani Moller.

“2 weeks ago I noticed cheesecake ingredients in the fridge and the boys got excited. On the 3rd of Nov (the eve of Nate’s bday) @matthewboothza bakes…at night, I was fast asleep already. In the morning we all got excited salivating over the cheesecake thinking it was for Nate’s bday,” she wrote.

“Imagine our shock and surprise when it disappeared from our fridge, the entire cake, not even a taste nor 3 slices nyana for me, N & N. We laughed and felt sorry for ourselves,” she continued.

SONIA: ‘YOU DON’T MESS WITH A TOWNSHIP GIRL AND HER TUPPERWARE’

The author was upset that the cake carrier Tupperware was at Bongani’s house.

“I would’ve let this one slide too, until I realised my cake carrier Tupperware was at her house. You don’t mess with a township girl and her Tupperware,” she wrote.

She also revealed that she left the Tupperware cake carried in the garage where Matthew parks. Take a look…

Sonia went on to say that Matthew baked another cheesecake for their son’s birthday. However, she thought it was a rushed job.