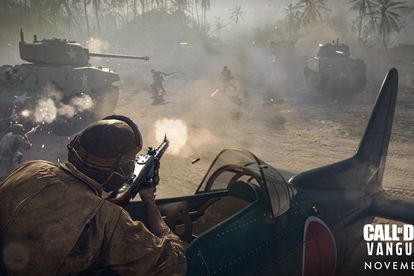 Call of Duty: Vanguard the next edition of the immensely popular First Person Shooter video game was unveiled during an in-game event  in Call of Duty Warzone – the franchise’s Battle Royale spinoff that currently links to two of its title – on Thursday, 19 August.

The latest addition to the CoD stable has a World War II setting – something that’s been explored plenty of times before – with a twist. Vanguard will officially be launched on 5 November 2021.

Lead developer Sledgehammer Games said Vanguard centres on a single-player campaign that mostly takes place after the war has ended and Adolf Hitler is dead. The lead characters in the campaign are four heroes from different nations – a play on how the Special Forces, as it is known today, was formed. They are Private Lucas Riggs (Australia), Sergeant Arthur Kingsley (United Kingdom), Lieutenant Wade Jackson (USA) and Lieutenant Polina Petrova (USSR).

“The four playable characters overcome the desperation and chaos of war, captured by the Axis powers, each rising from the trenches to become one of the original Operatives; the prototype for the modern special forces soldier as they fight for victory in tide-turning battles across the globe,”  said the Call of Duty website.

The online multiplayer section of Vanguard will feature 20 maps at launch and the ever-popular Zombies mode will return.

Eventually, Vanguard’s launch will lead to a refresh of the Call of Duty Warzone map. The new map is expected later this year and gamers may finally see a PC “anti-cheat” system implemented in the free-to-play multiplayer shooter. Recently, high-profile streamers vowed that they have quit Call of Duty Warzone over a perceived lack of action from developers when it comes to punishing hackers and cheaters.

The developers said that universal progression will continue, meaning that players of different CoD titles including Modern Warfare, Black Ops Cold War and Vanguard, will carry their rank and Battle Pass progress between the different titles.

Call of Duty: Vanguard is now available for pre-order on major gaming platforms. Check out the trailer below: