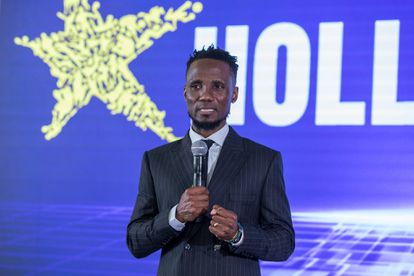 Modise has partnered with Hollywoodbets as their ambassador; the role he will share with media personalities Carol Tshabalala and Robert Marawa.

The 39-year-old former Bafana Bafana star is one of the few players who never ventured into coaching after retirement.

However, he remains involved in football one way or the other by using his high-profile status and influence in the game.

HOW MANY MORE JOBS DOES TEKO MODISE HAVE?

Apart from this new Hollywoodbets deal, Modise has TWO more jobs if one excludes the fact that he has a PR and Player Agency company called The Prestigious Group.

Modise is currently an ambassador at Mamelodi Sundowns; the team he played for between 2011 and 2018.

He is also a football pundit for SuperSport TV, and he has been doing that his retirement from football in 2019.