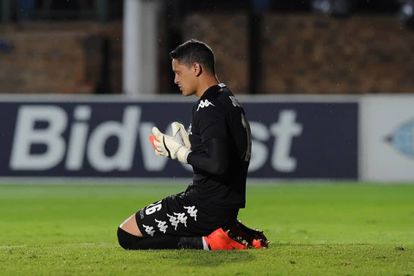 A former Orlando Pirates goalkeeper has started a new chapter in his football career as he’s currently unattached to any team in the PSL.

Moeneeb Josephs is busy with his academy for goalkeepers in the Western Cape although expectations are that it will start operating in the next few weeks.

Josephs had a stellar professional career as a goalkeeper which spanned for 22 years between 1997 and 2019.

His academy is called Catch It By Moeneeb Josephs, and it is aimed at unearthing and nurturing aspiring goalkeepers in the Western Cape.

Josephs is a retired goalkeeper who played for a number of big clubs between 1997 and 2019, including Cape Town Spurs, Ajax Cape Town, Orlando Pirates and Bidvest Wits.

The 42-year-old spent two years at Spurs before moving to Ajax where he spent seven years. He had a brief stint with Wits between 2006 and 2008.

Josephs then signed for Pirates whom he left in 2013 for a return to Wits where he would spend five years until 2018. His last game as a professional was at AmaZulu.

He later became AmaZulu’s goalkeeper coach soon after the arrival of Benni McCarthy as head coach but he left just months after his ‘homeboy’ was sacked.

Josephs is also a former Bafana Bafana goalkeeper with 24 caps under his belt, and his biggest highlight was being part of the 23-man squad that represented the country at the 2010 FIFA World Cup.