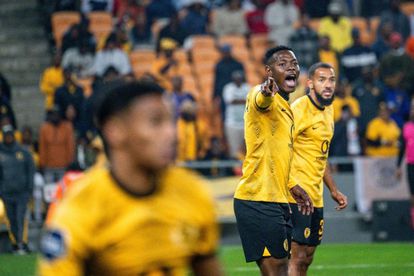 Kaizer Chiefs have suffered a massive blow with defender Zitha Kwinika suspended for their next DStv Premiership match against Stellenbosch FC.

The 28-year-old centre-back received his third yellow card this season during Amakhosi’s 2-1 defeat of Swallows in the DStv Premiership on Wednesday evening.

Kwinika, who joined the Glamour Boys at the start of the season from the very same Stellies they’re preparing to face, will miss playing his former team for the second time this season as the clubs have already met in the MTN8 quarter-finals in August.

The Soweto giants beat the Western Cape outfit on penalties after a 1-1 draw in 120 minutes at the Danie Craven Stadium on that occasion.

STELLIES WITH A MASSIVE WIN

In their last outing on Tuesday, Steve Barker’s charges thumped Maritzburg United 3-0 in the DStv Premiership and they currently occupy sixth spot in the table, having picked up 13 points in nine games.

Meanwhile, Chiefs are fifth in the standings, having collected 14 points in nine matches.