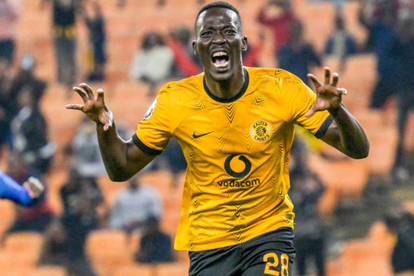 Bonfils-Caleb Bimenyimana was delighted to grab his third Kaizer Chiefs goal in five games against Swallows FC on Wednesday, here’s what we spotted.

As The South African reported on Wednesday night, the Glamour Boys earned their first away victory of the season, thanks to two first-half goals from Bimenyimana and Keagan Dolly.

The event offered further details on the man who has replaced Samir Nurkovic and Leonardo Castro.

Firstly, the 24-year-old Burundian is not perfect, he is certainly no Erling Haaland as some Chiefs fans claimed a few weeks ago.

Fans will be delighted at the manner in which he showed his accurate movement into the box, sheer power to hold off defenders, and head powerfully into the net.

The Burundian showed twice how he truly cannot rely on his left foot to shoot. His efforts with his left side can never get him out of jail.

Coming up next is a trip to Cape Town to battle Stellenbosch FC on Sunday at 15:30.