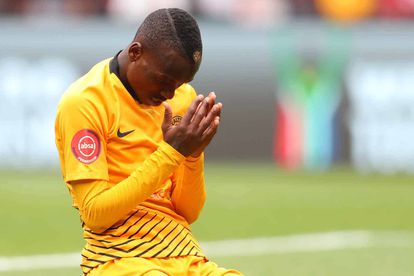 Chiefs have been sitting with several players on three yellow cards for a while and on Saturday, Reeve Frosler received his fourth booking of the season, ruling him out of next week’s match against Bidvest Wits.

Lebohang Manyama, Daniel Cardoso and Erick Mathoho are all one booking from a ban and Chiefs missed a trick not getting some of their at-risk players suspended for the Nedbank Cup game against Highlands Park to free them up for the league.

Imagine both centre-backs were booked in the same game…It would force coach Ernst Middendorp to select Siyabonga Ngezana and Yagan Sasman together at centre-back. Manyama is the side’s main assist provider and would be massively missed too.

All season, Khama Billiat has struggled for goals and he sits on just one league strike for the season. Middendorp spoke about the player’s dissatisfaction with being benched for the Soweto Derby and his return poses a dilemma of how to accommodate him and also get him firing again.

3. Teams figuring them out

Most opponents are now playing taller fullbacks to deal with Amakhosi’s predictable game featuring diagonal passes to two tall target men. Chiefs are reliant on both this style of play and on set-plays for their goals, and many opponents now believe they can prepare well to nullify these strategies.

This Chiefs squad lacks genuine width and out-and-out winger options. Dumisani Zuma and Lazarous Kambole can play out there, but both feel more comfortable in central roles. When teams block of the centre, Chiefs have to resort to crosses from deep by their fullbacks.

An injury blow for Willard Katsande, likely ruling him out for another two or three games, leaves Amakhosi with poorer protection of their backline and less character on the pitch. Chiefs’ record without him in much poorer, and Anthony Akumu had a tough first start against AmaZulu last weekend.

With the news that George Maluleka is leaving for Mamelodi Sundowns in June, there are also question marks over whether he can maintain his focus on the task at hand in the engine room.

With Sundowns breathing down their necks, Chiefs are starting to feel the heat and could face some games in coming weeks without their best defensive midfielder and one, or both, of their centre-backs should bookings occur.

Middendorp will need to start preparing for suspensions, needs to get Billiat firing again and also make the side’s style of play a little less predictable and easy to prepare for.