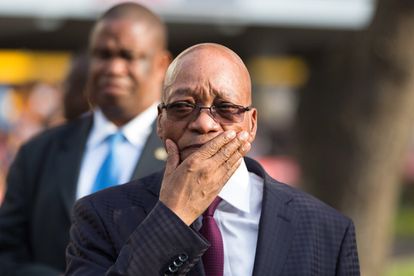 President Jacob Zuma was due to arrive in London this week to attend a number of key events, including the third annual innovaBRICS conference as well as a meeting of board members with the South African Chamber of Commerce.

The exact motivation behind his cancellation remains unclear but the Office of the Presidency has rejected claims that the evasive leader had decided to pull out merely on account of not being offered an audience with UK Prime Minister David Cameron, and being consoled with Deputy PM Nick Clegg instead. A press statement referred to the accusations as “incorrect and mischievous” but the burden of proof now lies with the president.

Despite the UK’s historic ties with South Africa and the increasing trade engagement between the two nations (the UK is South Africa’s eighth largest export destination), UK-SA political relations remain luke-warm while events such innovaBRICS continue to promote growth.

“We prefer to focus on [a] message which will take the country forward,” the message by the Presidency read.

“The purpose of the visit to London was to open the innovaBRICS conference and to promote South Africa as an investment destination. The conference is part-sponsored by the South African government through BrandSA. Therefore, it was not a South Africa-UK bilateral visit which necessitates an engagement at a government level. When Heads of State and government undertake a visit of this nature it is not a necessity to see the host head of state or government. A courtesy call takes place when both are available.”

Instead of President Zuma, innovaBRICS will now be graced with the presence of Jeff Radebe, Minister of Justice and Constitutional Development, as well as with a small delegation of further senior government members comprised of Rob Davies, Minister of Trade and Industry, Nhlanhla Nene, Minister of Finance, and Faith Muthambi, Minister of Communications.

“The London visit by Ministers is designed to send the message that South Africa is open for business,” the message by the Presidency read.