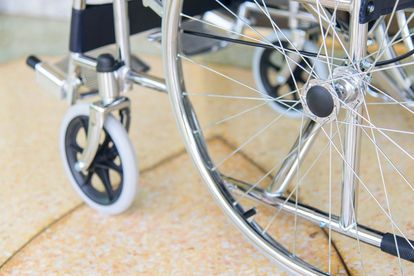 A wheelchair-bound father and his son were shot and killed in their home in Gqeberha on Friday.

THE BODIES OF FATHER AND SON WERE FOUND ON FRIDAY MORNING

The bodies of Mlamli Monakali, 52, and his son Aphiwe, 23, were found in their home in Masengane Street during the early hours of Friday morning. Both had sustained gunshot wounds.

Swart said Monakali’s wife had come home from work at about 12.35 am to discover her husband and son’s bodies.

“Members from the South African Police Service in Kwazakele are on the hunt for armed suspects who fatally wounded a wheelchair-bound father and his son.

“The motive for the murders is yet to be established.”

Anyone who can assist police in their investigation in tracking and tracing the suspects is asked to contact detective Lieutenant Colonel Willie Mayi on 082 697 5914, Crime Stop 08600 10111, or their nearest police station. All information is confidential, and callers may remain anonymous.

Meanwhile, a man was found dead with multiple gunshot wounds in his overturned bullet-riddled vehicle on the N2 on Wednesday.

According to Netcare 911 spokesperson, Shawn Herbst paramedics responded to the incident at around 15:20 on Wednesday afternoon.

“Netcare 911 responded to a collision on the N2 South Bound near King Shaka International Airport in La Mercy North of Durban.”

He said on arrival, paramedics found an overturned car in the center of the freeway.

“On closer inspection, the vehicle was found to be riddled with bullet holes.”

Herbst said the driver, who was also the only occupant in the vehicle, was assessed.

“The man sustained several gunshot wounds and showed no signs of life.”