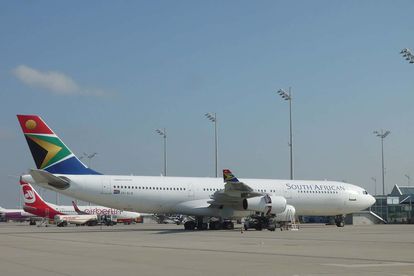 Two unions have described South African Airways (SAA’s) statement about looming retrenchments as a veiled threat, designed to make workers drop their wage-increase demands and for the removal of the SAA board.

The National Union of Metalworkers of South Africa (Numsa) and the South African Cabin Crew Association (Sacca), spoke out on Tuesday, 12 November 2019, after an announcement by the airline the day before, hat it had told 5 146 employees it was embarking on a restructuring process that could lead to job losses.

The unions condemned the airline for revealing its intention to restructure and retrench workers through a media statement. They questioned an announcement by acting group CEO, Zuks Ramasia that the airline had commenced a consultation process with staff, in line with section 189 of the Labour Relations Act.

“We can state categorically for the record, that no such consultation process ever took place,” the unions said in a statement.

“We were informed through a media statement of their intentions. We have been engaging with SAA management on wage talks and the last meeting took place on Monday” they added.

“It is difficult to estimate the number of employees who may eventually be impacted. No final decision will be taken until the consultation process is concluded. However, it is estimated that approximately 944 employees may be affected,” said, SAA Acting CEO, Zuks Ramasia.

The timing of SAA’s announcement

The unions said their demands were on the table, but claimed the airline was unwilling to consider their demands, citing a lack of money.

“Pilots at SAA recently received a five point nine % wage increase because of an agreement they have signed with SAA. But our demands for an increase of eight % have been denied,” said the unions.

The unions said this was why they were questioning the timing of SAA’s announcement.

They want to strike fear into our hearts

The unions said that SAA wants to strike fear in their members and that their main objective is to get workers to drop their demands of wage increases.

“It is a veiled threat to get workers to drop their demands for wage increases and for the removal of the SAA board. They want to strike fear into the hearts of our members. We condemn the management with the contempt they deserve,” said the unions.