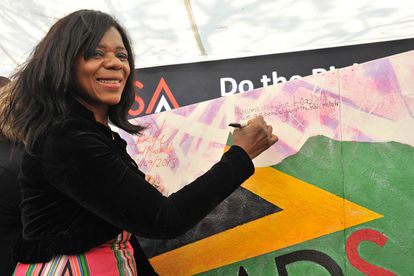 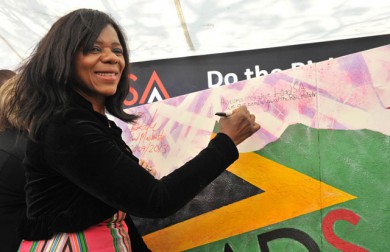 Public Protector Thuli Madonsela welcomed the announcement that she would be featured on Time Magazine’s list of the world’s top 100 influential people. With this level of popularity, she will join the ranks of ladies in politics like former US Secretary of State Hillary Clinton and German Chancellor Angela Merkel as well as entertainers such as Beyonce Knowles and Miley Cyrus.

The annually compiled list claims that it is aimed at recognising “activism, innovation and achievement of the world’s most influential individuals”. Published in its 11th year now, however, it also features controversial figures such as North Korean leader Kim Jong-un.

Madonsela said that she felt humbled by the gesture, adding that she was surprised that her “modest efforts” were acknowledged outside of South Africa. She underlined that the support of her team in identifying misspent government funds while eradicating corruption was key to her success:

“Like several other accolades that have been bestowed on me, my inclusion in the list is not only a recognition of my contribution as an individual, it is an acknowledgement of the selfless efforts of the public protector team at large.”

Madonsela’s recent report into President Jacob Zuma’s R246 million worth of upgrades at his homestead in Nkandla, KwaZulu Natal, catapulted her into the public eye last month. Her criticism of the president’s spending and the ANC’s ongoing support of the president earned her much admiration among South Africa’s critical masses.

However, not everyone has come out in her support since the report was published. Disgraced former national police commissioner Bheki Cele said publicly that she should stop “acting like she is God,” referring to her new-found popularity on account of her damning Nkandla report, “Secure in Comfort”.

In her report, Madonsela specified that Zuma and his family had benefitted unduly from various upgrades passed as security-related necessities, and demanded the president to repay some of the costs.