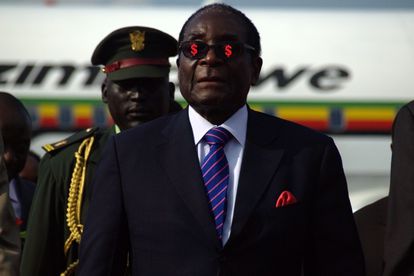 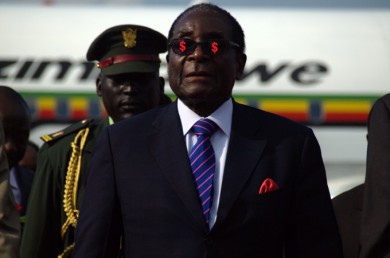 Zimbabwean President Robert Mugabe revealed on a BBC documentary that his salary is currently set at $4,000 per month (or $48,000 per annum). Previous estimates had placed his salary at more than twice that amount, however, the public statement by the Zimbabwean leader does not qualify as an official record.

“I am earning $4,000 just now. Because of the hard times this is what we decided on that we should recognise the hard times at the moment,” the 90-year-old Zimbabwean leader said in an interview with British-Ghanaian journalist Roy Agyemang on the BBC documentary Mugabe at 90.

The quoted number would place Mugabe as the lowest-salaried president in southern Africa. His neighbour to the north in Zambia, President Michael Sata, has been reported to earn over $82,000 a year, while Angolan President Jose Eduardo dos Santos accounted for a salary of about $60,000 annually.

However, neither of the three African leaders can hold a candle to South African President Jacob Zuma, who is currently salaried at $21,000 a month (or $252,000 annually), placing his state-sponsored income amid the world’s top three democratically elected leaders (between US president Barack Obama and UK prime minister David Cameron).

Despite the reported $4,000 salary, President Mugabe’s personal wealth still goes on to rank him among Zimbabwe’s highest earners. Mugabe is estimated to have accumulated a net worth of $10 million, with his private Harare residence also priced at about another $10 million. In a country with 80 per cent unemployment and one of the highest corruption indices in the world, it is plain to see that President Mugabe will obviously find himself in a wealthy minority.

Despite these imbalances the Zimbabwean President has also managed to throw two lavish parties recently, one for his 90th birthday and the other for the wedding of his daughter Bona Mugabe, which had respective price-tags of $41 million and $10 million, and both were at least partly funded by the taxpayer.

When Zimbabwe was going through a famine in 2000, Robert Mugabe managed to boost his own bank balance with a few thousand extra dollars by miraculously winning the state lottery that year.