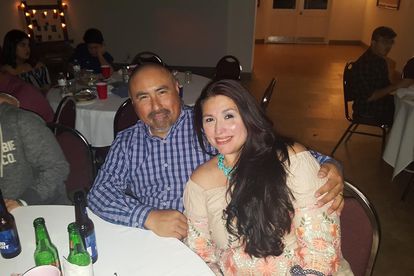 There has been another tragedy, in the wake of the deadly school shooting in Texas: The husband of one of the two teachers who were killed has reportedly died of a heart attack after learning of her passing.

Salvador Ramos, the 18-year-old gunman entered Robb Elementary School, in Uvalde, south of Texas, shot and killed 21 people – 19 of them being children between the ages of seven and 10. Ramos died after being shot in the head by police.

Irma Garcia taught at the school for 23 years and was married to her husband Joe Garcia, with whom she had four children.

According to Irma’s nephew, Joe went to place flowers for his late wife at the memorial for her. He then returned home from the memorial honouring victims of the Texas school shooting.

“When he got home, he was at home for no more than three minutes after sitting down on a chair with the family. He just fell over. They tried doing chest compressions, and nothing worked. The ambulance came, and they couldn’t, they couldn’t bring them back.”

According to doctors, Garcia may have died of “broken heart syndrome,” formally known as takotsubo cardiomyopathy. It commonly occurs in response to traumatic events, most notably, the sudden death of a spouse.

After the shooting, police officers found Garcia embracing children in her arms – until she drew her last breath.

“Irma was a wife, a mother of 4, a cousin, a sister a daughter, an aunt and a wonderful person. She would literally do anything for anybody……no questions asked,” Austin said of her cousin on the fundraiser page.