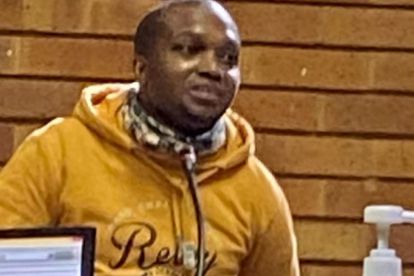 Sbongiseni Njabulo Ngwenya (24) was sentenced to five life terms for rape and 300 years in jail for other serious crimes he had committed.

The High Court of South Africa; North West Division, sitting at the Ga-Rankuwa Regional Court sentenced Ngwenya on Thursday 26 May.

Ngwenya was sentenced to five life terms for rape and a cumulative 300 years, for other serious offences that include other rape offences, housebreaking and robbery with aggravating circumstances.

He was found guilty on 39 counts, of which 16 were for rape, nine for armed robbery, 13 for housebreaking and one for attempted murder.

“The court declared him unfit to possess a firearm, ordered he be registered in the register of sexual offenders and he was declared unsuitable to work with children. He made an application for leave to appeal, and the appeal will be heard on Friday, 27 May 2022,”

Ngwenya was arrested in September 2018, following a series of crimes reported to the police, by his victims.

Mamothame explained that evidence presented in court revealed that the rapist broke into his victims’ homes at night. He would threaten them with a firearm, rob them of TV sets, cellphones, and money and then rape them before fleeing the scene.

In all these offences, the victims were violated in their homes.

Three of Ngwenya’s rape victims were minors aged 12, 14 and 16 when they were violated.

“He was linked by DNA specimen on the rape cases. Police reports further revealed that in some instances, Ngwenya was accompanied by Bongani Masuku, as they terrorised unsuspecting women in Klipgat and Winterveld between 2016 and 2018,”

Masuku is currently serving life imprisonment for the same offences, and various others that he committed alone. He turned state witness and testified on how they executed their criminal offences with Ngwenya.

Initially, Ngwenya denied knowing Masuku but later conceded that Masuku was the mastermind behind all these offences, as he was only 18 years of age when these crimes were committed.

The court however established through evidence presented, that the rapist [Ngwenya] committed some of the offences by himself.

“On the attempted murder charge, he accosted two girls as they entered their home and their brother appeared from the other room, then Ngwenya shot him in the leg and took the girls to a nearby bush and raped them,”

COURT ASKED NOT TO BE LENIENT

Advocate McDonald Ndimande urged the court not to deviate from the minimum prescribed sentence on each of the offences, as the victims were violated in their homes which they consider to be a place of safety.

The Director of Public Prosecutions in the North West, Dr Rachel Makhari Sekhaolelo, lauded Adv Ndimande, Sergeant Moloantwa Rapakgadi and Sergeant Cathrine Tladi, from the SAPS for their collaboration in securing a conviction.

“The hopes our people are pinned on the criminal justice system to fight gender-based violence and such convictions will be a deterrent factor to wannabe offenders”,