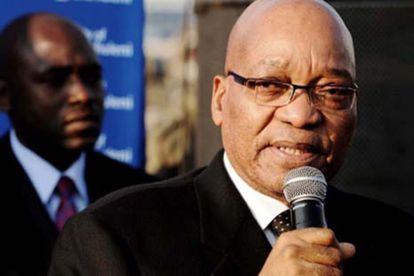 JZ petitioned the SCA for the recusal of Advocate Billy Downer

Last month, Zuma petitioned the SCA. This was after the High Court in Pietermaritzburg dismissed his special plea application. The application was for the recusal of Advocate Billy Downer in Zuma and French arms dealer Thales’ corruption case.

The State, however, welcomed Judge President Maya’s dismissal. It said that her decision paved the way for the trial to go forward on 15 August. However, the JZ Foundation believes the trial would not proceed fairly IF Advocate Downer was not removed from the prosecution team.

“The NPA is creating an artificial innocence of Downer so we are considering whether we should compel the NPA to do the right thing, issue that certificate so that we can do private prosecution. On the other side, we’re not happy with this judgment indeed. We think there are exceptional circumstances. We think the judge has erred. What we’re going to do about that, we’ll pronounce on that next week,”

Legal experts believe the former president has another option

Legal experts believe Zuma’s other choice would be to approach the Constitutional Court following the dismissal of his reconsideration application by the SCA. This means that Zuma’s to have Downer removed from his case with Thales could lie in the hands of the ConCourt – if he chooses to escalate the matter.

EWN reports that legal expert Mpumelelo Zikalala says Zuma has a short amount of time to escalate the matter. Advocate Mannie Witz, also a legal expert, says that if the former president approached the apex court, the outcome of the matter could be heard before the Pietermaritzburg High Court’s date of 1 August.

The NPA is ready to proceed with the trial.

Former President Jacob Zuma has suffered another defeat in the courts – this time the Supreme Court of Appeal Judge President Mandisa Maya has dismissed his latest bid to have advocate Billy Downer, the state prosecutor in his arms deal trial, removed from the matter.

Zuma petitioned Maya after judges of the same court dismissed his initial application.

The High Court in Pietermaritzburg had previously dismissed Zuma’s application for leave to appeal its decision that Downer stays on the matter. Zuma’s legal team had wanted Downer removed from his corruption trial, arguing prosecutorial misconduct. They claim there have been at least a dozen instances where Downer has acted unethically as a prosecutor. Read the full story here.