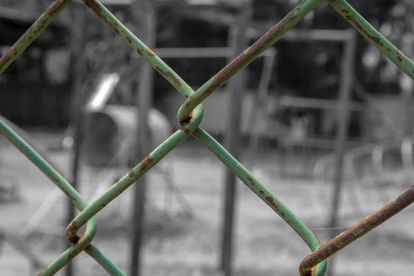 Four matric pupils from the Makhosana Manzini High School in Mpumalanga were, on Monday 12 October, knocked down by a taxi driver who was allegedly trying to evade traffic officers.

The Mpumalanga Department of Education released a statement expressing its deep sadness as two of the four pupils sadly succumbed to their injuries.

According to the department, the four pupils were knocked down by a taxi combi on their way home after writing their preliminary exams.

Two of them sadly passed away while the other two were immediately rushed to hospital. Of the two surviving pupils, one was discharged and the other one is still receiving medical attention at Matikwane Hospital.

“It is alleged the taxi driver was running away from traffic police when he instantly lost control of the taxi which ultimately plunged into the four learners,” the statement read.

“The Department conveys its sincere condolences to the families of the two learners who passed away and wishes the other two learners who were taken to hospital a speedy recovery,” it said.

MEC for Education Bonakele Majuba expressed his message of condolences to the families of the two pupils who passed away.

“We are deeply hurt and saddened by this callous act of taking away these two innocent lives at the prime of their youth. Our hearts pour out condolences to their beloved families and friends. We also wish the other two learners well, to heal and recuperate fully and fast,” said Majuba.

“We implore the law to take its course on reckless driving to curb incidents such as these. May the two learners who passed on, rest peacefully,” added Majuba.

The Department has offered counselling to the pupils who have been affected by the incident.

In a separate incident which took place just two weeks ago, a reckless KwaZulu-Natal driver was caught on camera ploughing into a group of pupils. The driver, who was seen performing donuts outside the school premises, eventually lost control of the vehicle injuring a number of pupils. Two men in their early twenties were arrested in Wentworth.

“Charges of possession of stolen property, reckless and negligent, failing to produce drivers Licence, failing to report injuries after an accident are being investigated by Wentworth SAPS. The incident took place this afternoon at 14:05, Retreat Road outside the Secondary School in Wentworth,” he said.

Naicker said four pupils sustained injuries after they were struck by a vehicle and were taken to hospital for treatment.

“Two suspects aged 21 and 23 were placed under arrest. The vehicle was stolen at Amanzimtoti area in November last year. They will appear in court tomorrow,” he added.