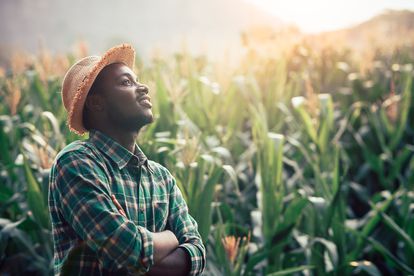 One of the hardest decisions a government must make is who to support with the limited public funds at its disposal. In recent years the largest countries in sub-Saharan Africa have spent between 14% and 26% of combined annual public expenditures on agriculture.

This reflects the fact that governments have prioritised access to fertiliser for rural smallholders.

The purpose of the programmes is to support smallholders so they can supply the growing food needs of the continent. However, governments’ budgets are limited and fertiliser prices are increasing.

As fertiliser programmes become more costly, what should governments do?

We designed a tool that can support decisions about fertiliser use across sub-Saharan Africa. We did this by focusing on a farmer’s internal rate of return from using fertiliser. The concept of a farmer’s returns is complicated because growing crops is inherently uncertain. Farmers must plant seeds and use fertiliser before they know how good the weather will be or what price they will get for their harvest.

Our model accommodates these complexities by applying machine learning algorithms to data on maize crop trials, weather and soil.

Our hope is that the support tool we have designed helps governments answer tough questions such as who to target – and how – when budgetary resources are limited.

We believe that better targeted policies can improve food security across the continent.

We matched all 21 000 of our trial observations with their corresponding growing conditions, like temperatures and precipitation in the months following planting. We also matched them with a newly available geospatial data set of soil characteristics (Africa Soil Information Service).

Next, we modelled the yield response to these climate and site characteristics. We used this model to simulate the returns on investing in fertiliser across sub-Saharan Africa’s maize-growing regions.

We found that on average, use of fertiliser results in a 1 800 kg/ha increase in maize yields. But the response varied considerably from year to year and within and between locations.

This allowed us to estimate how investing in fertiliser would affect returns in simulated years across maize-growing locations in sub-Saharan Africa.

Often, high-level decisions about fertiliser subsidies are made by looking at average profits. In other words, if an investment returns a certain amount over a span of years, it is an acceptable investment.

But we propose that decision makers view the decision differently.

We determined which regions were “robustly profitable”. We defined these as areas achieving at least a 30% return on investment in at least 70% of the years. (Decision makers could insert different thresholds into the model if they desired.)

These would be the regions where promoting fertiliser to smallholder farmers would make the most sense.

We compared these regions with those defined to be profitable based on a “naive” definition of an average of 30% over all years. This definition is commonly used in the literature and is often the basis of blanket fertiliser recommendations. But it ignores how frequently farmers may face returns below a threshold and therefore be unwilling to take on the risk of the investment.

In about 25% of locations in sub-Saharan Africa our “robust profitability” criteria produced a different profitability assessment than the business-as-usual approach of focusing on average returns.

But what about rising fertiliser prices?

We analysed sensitivity by changing each of the variables in the yield and profitability model. For example, we adjusted certain inputs, such as the price of fertiliser, pH of the soil and the amount of precipitation.

The purpose of an exercise like this is to understand which factors affect profitability the most. If changes in precipitation produce the greatest change in profitability at a particular site, then investments in irrigation may be the best policy for that location.

If soil characteristics are most limiting, then investing in soil health might be the most effective intervention.

In areas where the crop to fertiliser price ratio is the factor that controls profitability the most, subsidising fertilisers could be the most helpful policy.

Many regions are most sensitive to prices (green in Figure 1b). But these tend to be the same regions that are already robustly profitable and probably don’t need additional fertiliser subsidies.

Regions that are never profitable (red areas in Figure 1a) tend to be the most sensitive to soil pH (orange in Figure 1b). Soil amendments – such as liming – may be the most effective policy response in these areas.

Precipitation does not show up as the most important factor in any region in Figure 1b. This is not to say that precipitation is not important. But, at sites where fertiliser use is never profitable, changes in soil variables could more readily influence profitability than changes in precipitation.

This may be due to the way soil variables interact with precipitation to influence maize yield response to fertiliser. Fortunately these effects can be achieved first by changing the soil rather than through irrigation.

Farming is a complicated and uncertain endeavour. The tool we designed helps decision makers juggle these complexities. Understanding which factors affect the robust profitability of farmers the most will – hopefully – lead to a better distribution of resources and food security outcomes.