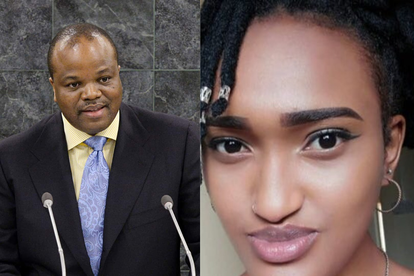 The Eswatini government has vehemently denied allegations by the Economic Freedom Fighters’ (EFF) former secretary-general Godrich Gardee that King Mswati is behind the savage murder of his daughter Hillary.

Gardee reckons King Mswati was outraged by protests held by the EFF back in April, which saw four borders with Eswatini being shut down. He claims the monarch unleashed his foreign intelligence services with a robbery decoy, which resulted in his daughter’s death.

“There was no income for Eswatini Government. King Mswati killed Hillary. The King was angry and he unleashed his foreign intelligence service with a robbery decoy and killed Hillary Gardee,” Gardee said.

Speaking to SA FM, eSwatini Government Spokesperson Alpheous Nxumalo refused to comment on the claims levelled against King Mswati on Hillary Gardee’s murder by simply saying: “We will not dignify these allegations with a response. These claims have no truth in them.”

The Gardee family has accused the relevant law enforcement agencies of dragging their feet in probing Gardee’s kidnapping and killing.

The North Gauteng High Court recently ordered the South African Police Service (SAPS) to prioritise the investigation. This was indeed granted, with the court ordering police to prioritise the investigation. The order also includes the establishment of a multidisciplinary team headed by Brigadier Gerrie Agenbacht from the detectives in Nelspruit. The team will include police officials, Crime Intelligence and the Hawks, said Gardee family spokesperson Sinawo Thambo.