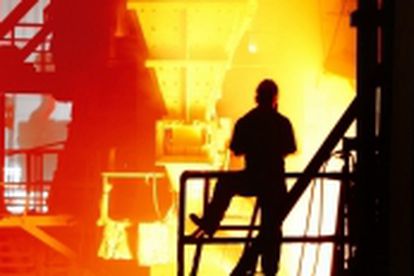 “As a ratio of GDP, the deficit on the current account narrowed to 4.5%,” the central bank in its June Quarterly Bulletin.Market expectation had been for the deficit to widen to 6.1%.According to the bulletin, the annualised shortfall on the trade account widened to R75-billion in the first quarter from R45-billion in the fourth quarter of 2013.“The deficit on the services, income and current transfer account with the rest of the world narrowed considerably on account of notably lower net dividend payments to non-resident investors. The contraction in the deficit on this account more than neutralised the deterioration in the trade balance,” the bulletin noted.Nedbank said the improvement in the current account deficit was encouraging, adding that it could narrow further during the remainder of this year as global conditions continued to improve. “However, this will require a normalisation of production activity in the platinum sector and avoidance of further crippling disruptions in the local economy,” Nedbank added.

Meanwhile, spending in the country showed growth of 2.7% in the first quarter, the Reserve Bank’s bulletin shows.“[In] contrast to the contraction observed in domestic production in the first quarter of 2014, real gross domestic expenditure switched from negative growth at an annualised rate of 3.6% in the fourth quarter of 2013 to positive growth of 2.7% in the first quarter of 2014.”According to the bulletin, the acceleration was brought about by a moderation in the de-stocking of real inventories, while growth in all the components of final demand lost some momentum over the period.“The slower pace of inventory de-accumulation made the strongest contribution to growth in real gross domestic product in the first quarter of 2014.”Growth in real final consumption expenditure by households moderated for the eighth time in nine consecutive quarters. It grew at 1.8% from an annualised 2% rate in the fourth quarter of 2013.The ratio of household debt to disposable income edged down slightly to 74.5% from 74.6%.Nedbank said growth in domestic demand was likely to remain lacklustre in the second quarter as household finances remained weak and the government was still committed to reducing the fiscal deficit and growth in the public sector wage bill over the medium term.“Some improvement in household spending could be experienced during the second half of the year as the strike in the platinum mining sector ends,” Nedbank said, but added: “Firms will still be wary of expanding capacity aggressively in the current weak economic environment, while high input costs, persistent labour-related disputes in some of the key industries and general infrastructure constraints continue to hurt sentiment.”Source: SAnews.gov.za