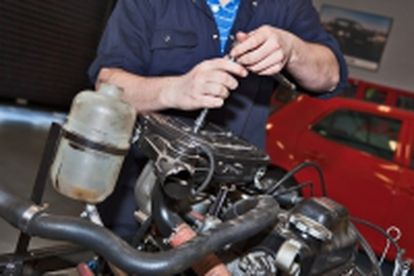 Several manufacturers are preparing to up their capacity in the country as they look to capitalise on an expanding local market and emerging opportunities to the north. However, a number of challenges, ranging from rising motoring costs to power and labour disruptions, could still hinder sector growth.

Industry investors include the Japanese giant Toyota, which recently announced plans to channel more than $33m into a parts distribution warehouse and a new assembly line in Durban. German marque Mercedes is doubling its production capacity from 50,000 C class units to 100,000, with up to 85% of output destined for the export market, while Beijing Automotive Works’ recently opened Springs taxi production plant is preparing to increase its capacity from 10,000 units to almost 50,000 by 2015. The expansion will enable the Chinese firm to increase its exports to other sub-Saharan countries. Ford South Africa, meanwhile, is considering boosting production capacity and tapping the expanding economies in the north.While the sector is bracing itself for a wave of new investment, the first three months of 2014 were marked by a dip in sales, with 160,138 units rolling off the production line in the first quarter, down 5668 on the same period last year. January bore the brunt of the fall, with sales dropping 6.8% year-on-year (y-o-y), according to a report issued by the National Association of Automobile Manufacturers of South Africa (NAAMSA) in early April.

By March, however, the figures had improved, with sales down just 0.2% y-o-y, and up 6.9% on the previous month. The turnaround prompted some analysts to suggest total sales for 2014 could reach NAAMSA’s forecast of 650,000, which would mark a rise of 3.2% on last year.Overall, South Africa’s manufacturing industry continues to perform strongly, with the automotive segment playing a key part in its expansion.Data issued in April by Statistics South Africa showed seasonally adjusted manufacturing production rose by 2.3% in the three months to February y-o-y. The automotive and other transport equipment segment was the single largest contributor to the increase, accounting for 1.7% of the total 2.3% rise in manufacturing. The segment notched up growth of 22.4% over the three-month period, with motor vehicle output alone witnessing a 30.3% acceleration.Currently the sector contributes some 8% to GDP, a figure that could rise further as manufacturers boost investments in production capacity, supported by the government’s Automotive Production and Development Programme (APDP), which provides a degree of tariff protection to the industry, along with a local assembly allowance, production incentives and an investment allowance. Under the scheme, set to remain in place until 2020, the government hopes to see annual output rise to 1.2m.South Africa could also gain from the decision taken by Toyota, General Motors and Ford to halt production in Australia by 2017. The corporations cited the small scale of the domestic market, limited export sales, the strength of the local currency and competition from Asia as reasons for their decision. Speculation is mounting that the producers could shift some of their capacity to South Africa in a bid to better serve an expanding regional market.

However, a number of obstacles risk hindering the industry’s expansion. Strikes slowed production at several plants last year, prompting concerns about labour stability with some manufacturers now uncertain about expanding their investments in South Africa, while port tariffs have added costs to imported components and export shipments. Power disruptions also risk impacting production, with blackouts and scheduled reductions in the supply of electricity forcing vehicle-makers to scale back output. NAAMSA has also warned that rising transport costs, such as road tolls, could push down the number of new cars sold.The government has announced plans to channel extra funds into the utilities and logistics sectors in a bid to remove bottlenecks in power production and improve the flow of trade though the country’s harbours. These measures will increase the competitiveness of the South African auto industry, according to Bodo Donauer, the managing director of BMW SA.â€œThe projects in the pipeline for rail and port development are encouraging as at the moment it is cheaper to export from Europe to Nigeria, for example, than from South Africa,” he told OBG.However, while such measures are likely to be welcomed by the automotive industry, they will require time to take effect.Ongoing negotiations between manufacturers and workers’ representatives seeking further wage increases could avert a repeat of the strikes which curtailed production last year, although industry experts have warned that similar action risked weakening investor sentiment and driving business offshore.Investors will be keen to see these and other key issues addressed. However, rising demand in the local market, combined with the significant potential for sales growth elsewhere in the region, should set the scene for further industry expansion towards the end of 2014 and beyond.This article first appeared on the Oxford Business Group website.