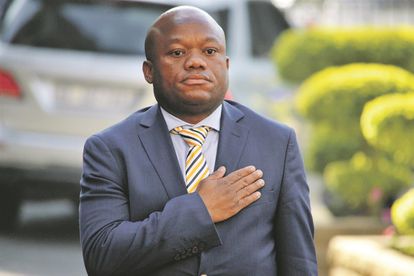 Former KwaZulu-Natal (KZN) Premier, Sihle Zikalala, says he is willing to accept any position if he is offered by the ANC in the province.

Zikalala reportedly tendered his resignation as the face of government in KZN on Thursday and held a media briefing on Friday to announce his decision.

While it was expected that Zikalala might be axed as the KZN Premier, his resignation came as a shock to many. Zikalala was defeated in the race to be re-elected as ANC KZN Provincial Chairperson and was not elected into the Provincial Executive Committee (PEC). Despite all these losses, the newly elected leadership in the province assured the public that Zikalala’s position was safe.

In an interview with eNCA, Zikalala said he is willing to accept any position he might be offered except that of being KZN Premier again.

“I would take the position of being the chair of a portfolio committee, an MEC or any other position except that of being the face of government,” he said.

FORMER ANC KZN CHAIR ON WHY HE LEFT OFFICE

Speaking on why he resigned, the former chairperson said that one does not need to have serious problems in order to leave, however, one of the pressing issues was the “myth” that he dumped former President Jacob Zuma.

“I wish to make it clear that I have supported President Zuma from 14 June 2005 until today.

“I supported him as a leader and someone who sacrificed his life for South Africa to be liberated. My support has never been personal but always organisational. At no point have I ever tried to get position through being associated with him. Equally I have never badmouthed others because they did not support him.”