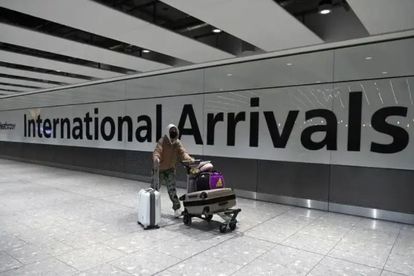 Stay informed with the latest news stories and headlines in South Africa on Wednesday 15 December 2021.

Some good news! The United Kingdom will be removing all 11 countries, including South Africa, from the travel ‘red list’ from Wednesday. Britain banned travel from six Southern African countries after South Africa discovered the COVID-19 Omicron variant.

Meanwhile, the first ‘real-world’ data shows that Omicron could indeed be causing milder illness – and it’s much less likely to make you severely ill. Discovery SA has released the first real world-world data on the Omicron variant and the efficacy of the Pfizer jab – and the results make for some seriously optimistic reading.

According to Discovery, those infected by the variant are 29% less likely to be hospitalised than those who become infected by any of the previous variants.

The UK government placed South Africa and its neighbouring countries on the list on Friday, 26 November after the emergence of the Omicron variant of concern.

On Tuesday afternoon, 14 December, Javid announced the government’s decision to scrap the red list to the House of Commons. The move comes after the Omicron tore across the UK and rendered the stringent restrictions on other countries unnecessary.

Breaking: People with Omicron ‘29% less likely’ to get severely ill

Discovery SA has released the first real world-world data on the Omicron variant and the efficacy of the Pfizer jab – and the results make for some seriously optimistic reading.

According to Discovery, those infected by the variant are 29% less likely to be hospitalised than those who become infected by any of the previous variants.

According to Discovery’s research on the impact of the new variant since it first emerged around three weeks ago, hospitalisations resulting from severe complications are substantially rarer than during previous waves.

“Anecdotal observations demonstrate nuanced differences in the clinical features of Omicron both out of hospital and in hospital.”

South Africa recorded more than 23 000 new COVID-19 cases on Tuesday, 14 December, according to the National Institute of Communicable Diseases (NICD). The 68 437 tests conducted over the past 24 hours represent a positivity rate of 34,9 percent.

The 23 884 new COVID-19 cases detected in South Africa on Tuesday brings the total number of active cases in the country to 170 900. Unfortunately, 24 more people died of COVID-19-related complications, according to the NICD, bringing the death toll to 90 172.

There were 599 people admitted to hospital for COVID-19 treatment within the latest testing cycle. The 258 private and 407 public hospitals reporting to the NICD now have 6895 patients admitted.

Mabuza or Cyril? Here’s what to expect from our upcoming family meeting

We’re just days away from our next national address on our current lockdown restrictions. These so-called ‘family meetings’ are usually deployed to announce big changes to our pandemic laws. However, a different variable is at play this time – as Cyril Ramaphosa may have to hand hosting duties over to David Mabuza.

The president has been laid low this week after testing positive for COVID-19. Thankfully, his symptoms remain mild, and he’s thanked the vaccines for keeping him out of serious trouble. As Deputy President, DD Mabuza has been delegated ‘all presidential duties’ for the next few days – and that may also include leading the family meeting.

It would be a rather surreal experience not to have Ramaphosa address the nation, almost two years after these televised briefings became standard practice. However, Health Minister Joe Phaahla says no decision has been taken yet.

The burnt and decomposed bodies of a kidnapped family of five, including a two-year-old and a one-month-old baby, were found on a plantation in Richmond on Monday.

According to police spokesperson Brigadier Jay Naicker, the family was kidnapped from their farm in Boston just outside Pietermaritzburg on 16 November 2021.

“The victims were kidnapped from their farm in Boston just outside Pietermaritzburg. Their vehicle was also missing. A missing person docket was reported at Boston SAPS on 19 November 2021,” he said.

Naicker said a joint operation was conducted yesterday, which led the team to Byrne in Richmond, where the family’s vehicle was found burnt.

“Further investigation led police to a plantation in Richmond where the gruesome discovery was made. The five burnt and decomposed bodies of the missing victims were found,” he said.

WATCH: Man admits to MURDERS on Facebook Live – then kills himself

This story is as disturbing as one can ever imagine: A 44-year-old man has admitted to shooting dead his ex-wife and ex-girlfriend on Facebook Live – before turning the gun on himself.

In shocking video of the live stream, Rajaee Shareef Black from Baltimore in the United States (US) confesses to killing his pregnant former girlfriend Tara Labang, on Saturday afternoon while outside the apartment building of his ex-wife, Wendy Natalie Black.

Black, a nurse anesthetist then says on the live stream, he also plans to murder his ex-wife. Moments later, the video shows her coming to her doorway before the clip cuts.

“Anyway, I just did something crazy, I just shot my ex-girlfriend in the head. Felt like a dream. I never thought I would be that guy. I can’t go to prison, so the person that really started my depression and all of this is my ex-wife. So, she next. Then I’m going to do myself too,” Black says.

Throw the book at these opportunistic thugs, because it doesn’t get much lower than this. CCTV footage from Lenasia, Gauteng captures the moment a group of armed robbers set upon an elderly cyclist in broad daylight.

The brazen act of criminality took place just after 7:00 on Monday. The scarcely-believable video clip, viewed thousands of times since it was uploaded on Tuesday morning, shows two men brandishing firearms and bearing down on the bearded bike-rider. Sadly, he couldn’t avoid what was coming his way.

The victim’s attempts to flee are unsuccessful, and he ends up steering the bike into a nearby fence – the sheer panic apparent in his reaction. A pair of thieves then search through his belongings, taking any goods they come across.